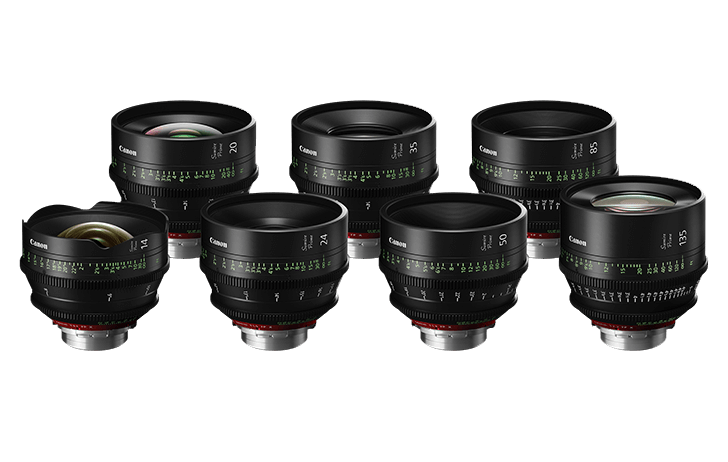 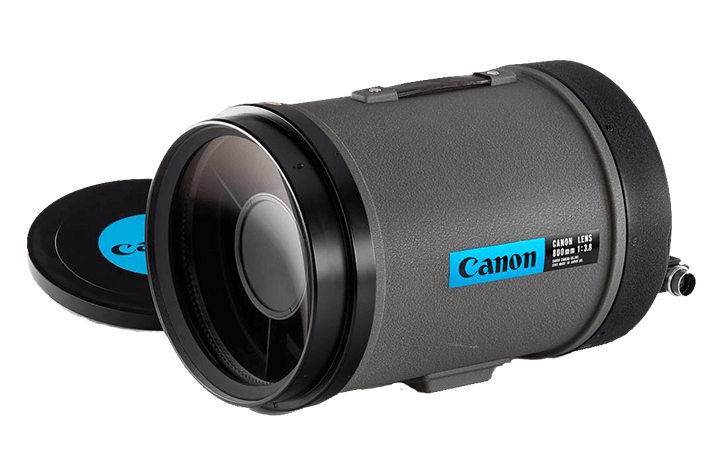 A bit of history about Canon and catadioptric (mirror) lenses

There has been a lot of talk about Canon and catadioptric lenses (mirror) since a patent surfaced with new lens designs likely for the RF mount. It has been rumored for quite some time that Canon would be bringing an RF 1200mm f/8 lens for the EOS R system, which could actually be a mirror lens.

Canon does have a history with mirror lenses, including the behemoth Canon 5200mm f/14 along with an 800mm f/3.8 and a 2000mm f/11. A Canon Rumors reader sent me a brochure for these three lenses and I found it to be a fun read.

Check out the official Canon brochure:

Thanks a ton for the scans, Phil. 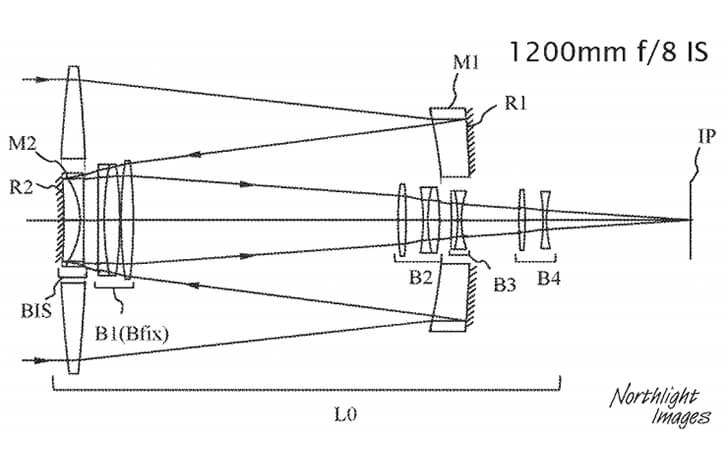 Some of the historical disadvantages to mirror lenses tend to be low contrast, fixed aperture, and doughnut bokeh. That’s not to say that Canon hasn’t improved or eliminated those issues in their designs.

Optical designs that appear in this patent:

Interestingly, a Canon RF 1200mm f/8 appears on my Canon RF lens roadmap. This patent may actually be part of future consumer products. However, I do have it reported as an L lens, so we’ll have to wait and see on that one.

As Canon has shown with the RF 600mm f/11 IS STM and RF 800mm f/11 IS STM, they aren’t afraid to bring slower long lenses to the masses. Not everyone can afford or justify the purchase of 5 figure big white lenses. 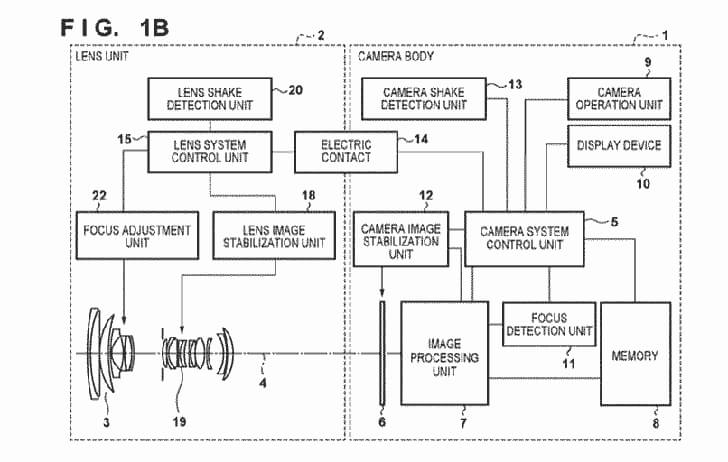 Patent: Using image sensor shift to reduce the need for an AA filter

Northlight Images has uncovered an interesting patent that deals with reducing the need for an AA filter.

This patent shows a technique to use the sensor stabilization system to address the problems of sampling and spatial aliasing, something that an AA filter is usually responsible for.

This technology in this patent is for both stills and video, I will note, that understanding this patent isn’t for the faint of heart.

Check out the full patent at the USPTO website.

Interestingly, Canon Rumors reader Nicolas let me know on Twitter that Pentax does something similar. You can check out the demonstration from the Ricoh YouTube channel below. 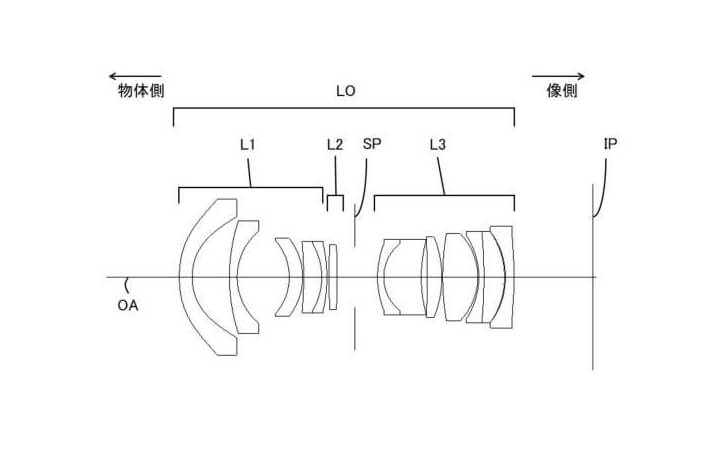 Canon News has uncovered an interesting optical formula patent for a small prime lens with image stabilization. The patent talks in-depth about making small prime lenses with IS.

There are two different embodiments for a Canon RF 19mm f/2.8 IS.

This patent also includes an optical formula for an RF 85mm f/1.8, but I think it’s safe to assume that this won’t become a consumer product since we have the Canon RF 85mm f/2 IS STM. 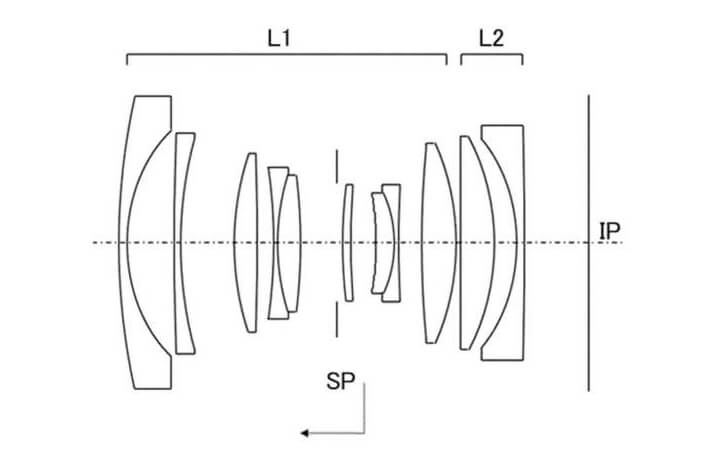 Canon News has uncovered a patent for more fast prime optical formulas. This patent deals with reducing weight and size for such lenses.

Canon News notes that the back focus is quite short, which would require the lens to enter the camera mount about 8mm. So these optical formulas aren’t likely going to become a consumer product. However, we do see patents for optical formulas that are merely trying to solve problems, and in the case of this one… size and weight. 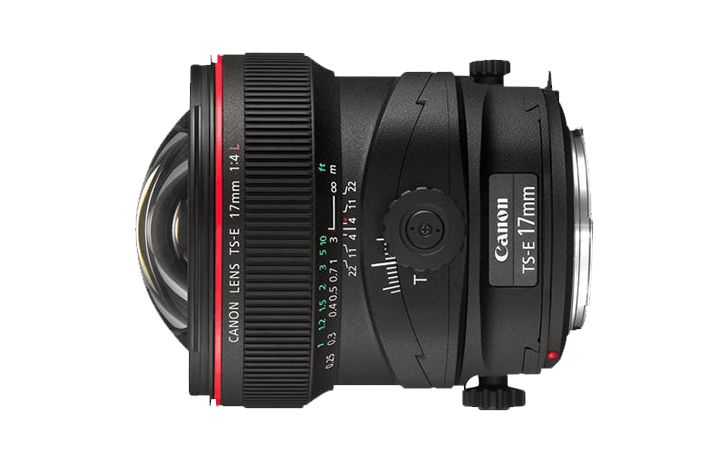 I have been told that Canon plans to introduce two new autofocus tilt-shift lenses alongside a high-megapixel camera. The announcement timeframe for such a camera is still unknown, but the source claims the first half of 2022 is extremely likely and that these lenses were to come in late 2021.

The two rumored autofocus tilt-shift lenses from Canon will be the Canon TS-R 14mm f/4L and Canon TS-R 24mm f/3.5L.

The high-megapixel RF mount camera has been rumored for quite some time as it’s an obvious step Canon needs to make. The roadmap for EOS R bodies is far less known than that of the RF mount lenses we expect to see announced in the next year or two.

The ‘Argus’ name was originally from Greek mythology and was the name of a vigilant guardian with a hundred eyes and an “all-seeing” sight. The name represents the ultra-bright f/0.95 aperture of the lenses and the exceptional image quality they deliver.

The 35mm f/0.95 is the first released lens of the much anticipated Argus line. Featuring the ultra-fast f/0.95 aperture with APO design, the lens offers photographers and videographers a classic focal length for everyday shooting and the versatility to shoot at difficult lighting conditions. The lens delivers exception image quality at wide-open and suppresses the chromatic aberration to the minimal. Couple with the 35mm (1.15 feet) minimum focus distance, a buttery smooth and exquisite bokeh rendering can easily be created. It also equips with multiple touches of videographer-friendly features for narrative filmmaking. 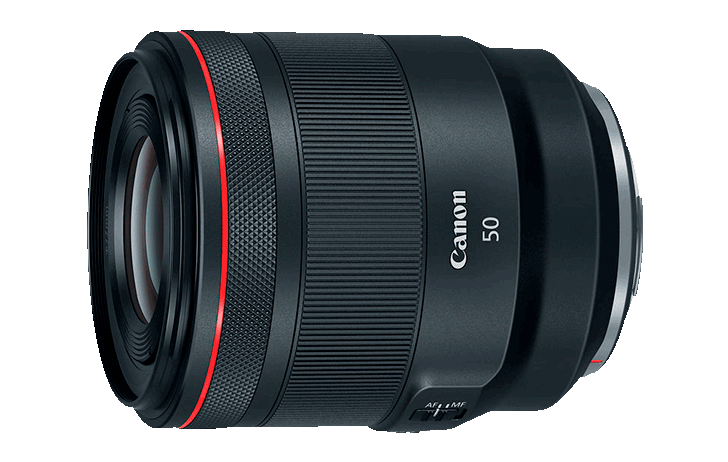 Canon Watch is reporting that a Canon RF 60mm f/1.0L USM is possibly on the way. This lens does not appear on my RF lens roadmap, nor have we seen any patents for such an optical formula yet.

Is it possible? Sure, why not? If you believe your mount is the best, you need to flex those muscles every now and then.

While it is close to the RF 50mm f/1.2L USM in speed and focal length, I imagine an RF 60mm f/1.0L USM would provide a very unique look to photos. Throw in defocus smoothing and you could have something special.

For now, this is a [CR1] rating, but I will do some digging to figure out the validity of this rumor. 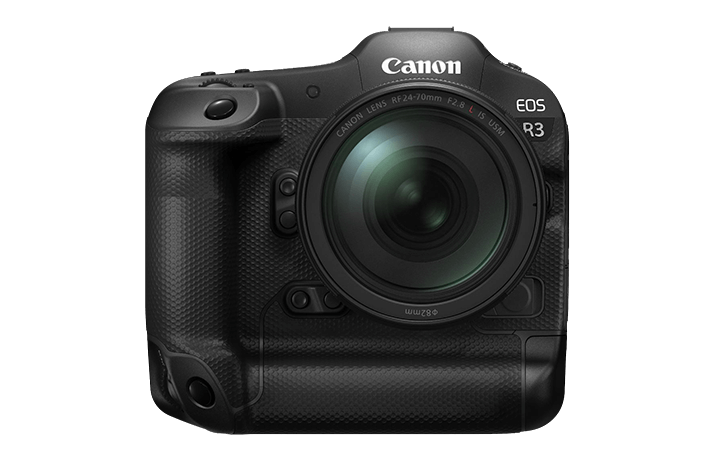 Canon talks EOS R3, and confirms that it is not the flagship mirrorless

PhotoWebExpo has posted an interview with the Head of Product and Consumer Expertise at Canon Russia, while most of it is what you’d expect in a Canon interview, there are some good nuggets of information.

The original interview is in Russian, so obviously I have used Google Translate here. Below are a few answers that are probably worth noting.

Which type of photographers is the Canon EOS R3 intended for?

Canon is aiming this camera at professionals and advanced amateurs. The Canon EOS R3 is not intended to replace the Canon EOS-1D X Mark III.

The camera will be intended for wildlife, sports, racing, and photojournalism.

The camera will be smaller than the EOS-1D X Mark III as well.

Canon says this camera is a new line for the EOS R system. It will be slotted between the EOS R5 and a future flagship camera, the EOS R3 is not the EOS R flagship.

Will the Canon EOS R3 get a new sensor?

In case you missed it, the EOS R3 will be the first Canon camera with a stacked backside-illuminated sensor. It is the first of its kind developed by Canon for consumers.

Is this Canon’s first stacked sensor?

Will Canon share the RF mount with other manufacturers?

It doesn’t look that way. Canon is likely to keep the mount a closed system, so the third parties will have to reverse engineer everything to make RF mount lenses to utilize the new technologies available in the RF mount.

What’s the future of the EOS M system?

Canon couldn’t comment on the future of the system, but in this interview, the EOS M system was called “well equipped”. I’m not sure many would agree with that, but what do I know?

Will we see a global shutter image sensor for the EOS R system?

Not much here to hypothesize about, but he did comment that Canon already has a global shutter in the EOS C700GS. However, he does talk about redundancy with this feature and whether or not a global shutter would benefit most photographers. Does this mean Canon only sees this tech in the Cinema EOS lineup?

He also noted that global shutter sensors are difficult to manufactue.

You can read the entire interview at PhotoWebExpo.

Patent: Canon shows off some information about the eye-controlled AF point selection

The Canon EOS R3 will come with eye-controlled autofocus, made most famous by the film camera, the EOS 3. There have likely been a few advancements in technology over the last few decades, but there are some similarities in how the system will be calibrated.

The first patent shows the menu system that will likely be similar to what we see in the Canon EOS R3. It looks like there will be a lot of customization options to improve the experience. 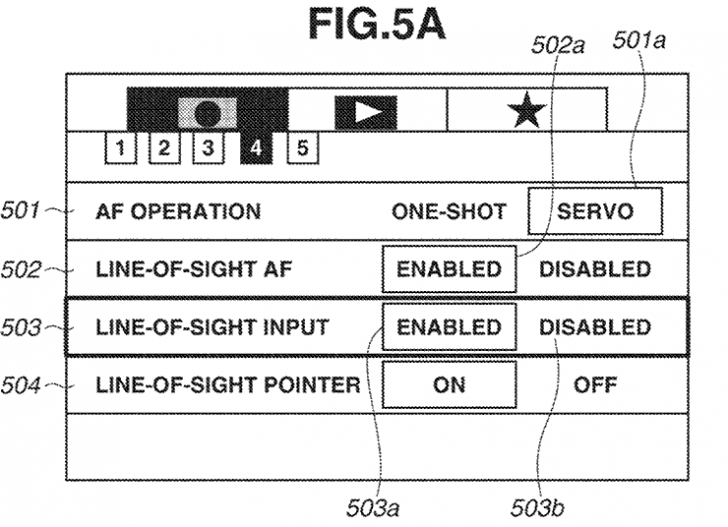 The second patent shows off how Canon plans to set up calibration for eye-AF on the Canon EOS R3. This calibration is similar to the way the Canon EOS-3 worked, you will follow a moving target around the viewfinder. Canon has likely worked out a lot of the issues with the first implementation of this technology. Most notably the struggles people with glasses had from time to time, as well as issues that weren’t easy to explain.

There will likely be a lot more patents over the next couple of months that will better explain how the Eye-AF will be implemented in the Canon EOS R3.