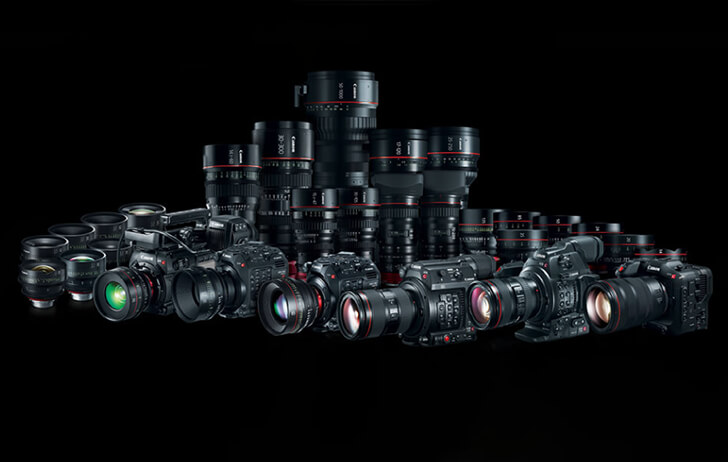 What’s next for the Canon Cinema EOS line?

When I first reported back in May, 2021 that a Canon EOS R5 C was coming, I was also told about new versions of the Read more… 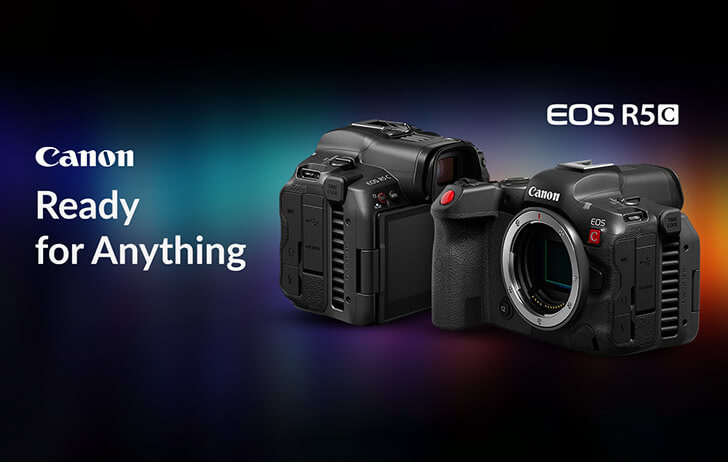 Adorama will be hosting a live event via Facebook to talk about the Canon EOS R5 C. You do not need a Facebook account to watch the event. 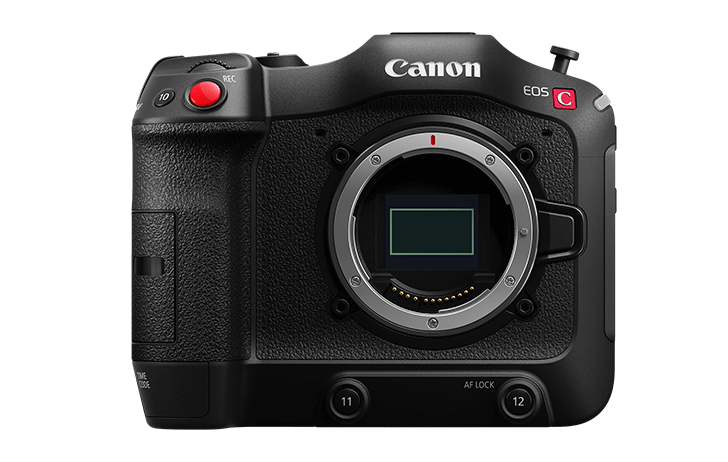 MELVILLE, NY, January 19, 2022 – Canon U.S.A., Inc., a leader in digital imaging solutions, today announced a firmware update for the EOS C70 4K Digital Cinema Camera that implements sought after features such as Cinema RAW Light internal recording as well as Frame and Interval recording modes. The added features allow the EOS C70 to be better paired with the EOS C500 Mark II and EOS C300 Mark III workflows, and come as a direct result of end-user feedback from professionals.

Frame and Interval Recording Modes
The addition of Frame and Interval Recording modes is a direct result of user feedback, and adds even more recording flexibility to the EOS C70 camera by allowing easy creation of stop motion and time-lapse sequences when recording in the XF-AVC and MP4 formats. Frame recording is for stop motion capture, and every press of the record button captures a user-determined number of frames. Interval Recording sets the interval and number of frames to be captured for time-lapse sequences. Both recording modes help operators further tell their story in a more creative and inspiring form and are easy to use.

The firmware update will be available for download in March 2022*. For more information, please visit, usa.canon.com.

MELVILLE, NY, January 19, 2022 – Imagine having the best of both worlds at your fingertips. A Canon camera with equal parts video and still digital imaging power, all in one compact-and-lightweight package. Canon U.S.A., Inc., a leader in digital imaging solutions, is excited to announce the EOS R5 C Full-Frame Mirrorless Camera, a hybrid, RF-mount 8K camera that has something for everyone. The new camera showcases video formats and features from the company’s award-winning Cinema EOS line, alongside select still capabilities that have made the EOS R5 camera a popular and trusted choice among imaging professionals and enthusiasts alike i.

“Imaging professionals are living in a multimedia world. Gone are the days of only needing to be sufficiently equipped and skilled at video or stills,” said Tatsuro “Tony” Kano, Executive Vice President and General Manager of Canon U.S.A.’s Imaging Technologies & Communications Group. “The EOS R5 C squarely takes aim at providing end-users with a solution that can tackle all facets of the ever-demanding multimedia and content production landscape. Canon is confident this all-in-one solution can help improve the workflow for a variety of content creators.” 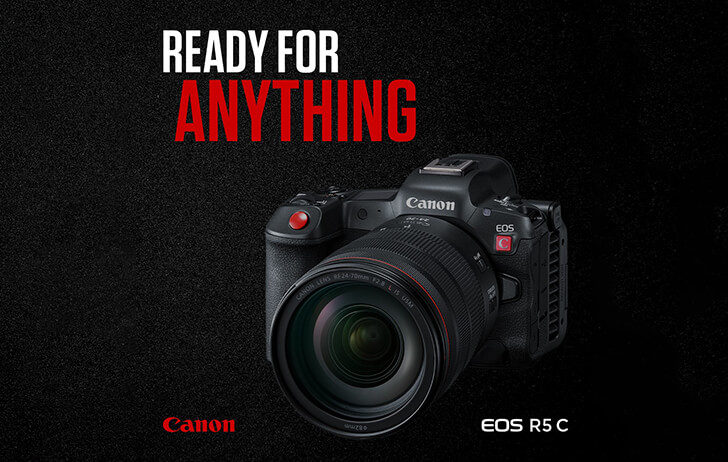 You can now preorder the Canon EOS R5 C.

Here are a lot of official specifications for the Canon EOS R5 C from Canon.

Compact and lightweight, the EOS R5 C is a true hybrid camera, boasting many of the video formats and features from the Cinema EOS lineup as well as many of the still capabilities of the EOS R5 camera in a beautifully designed body. The EOS R5 C is a complete package that offers filmmakers, multimedia journalists, and advanced amateurs a cost-effective 8K, 4L, and FHD camera to help unlock their creative potential.

Canon’s 45 Megapixel full-frame, CMOS imaging sensor is at the heart of the EOS R5 C camera’s superb image quality, which also leads the way for an impressive 8K/60P RAW cinematic video shooting. Focus and speed are paramount in the EOS R5 C camera, providing impressive continuous capture at speeds of up to 20 frames per second and with Dual Pixel CMOS AF II capability to track split-second movements of even the most elusive subjects. With 1.053 Automatic AF zooms. It is easy to photograph people with the use of Eye, Face and Head Detection AF, or intuitively track the whole body, face, or eye of cats, dogs, or birds with Animal Detection AF. For those with the need for speed. Canon has also included vehicle subject detection to assist with accurate tracking of cars and motorcycles.

Here are images of the Canon EOS R5 C

As previously reported, the biggest difference in the bodies is that the LCD sits out further and resembles the Canon EOS C70 in that regard.

I have been told that there will be a special wall power accessory for the Canon EOS R5 C. I don’t have any more information on this.

There will be more to come throughout the day as information rolls in before the official announcement on January 19, 2022 at 7 AM EST. 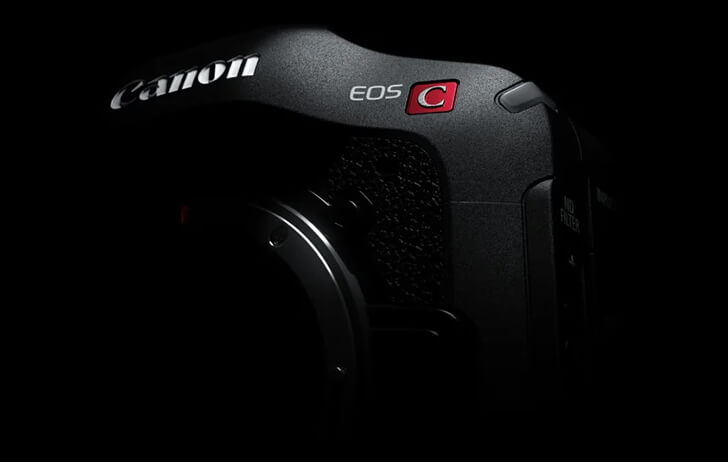 Canon will be officially announcing new firmware for the Canon Cinema EOS C70 next week. The new firmware will be available in March of 2022.

I do not have all of the information about this new firmware, but this should make a lot of C70 shooters quite happy.

About the coming firmware for the Canon Cinema EOS C70

On top of the existing 10-bit XF-AVC currently found in the EOS C70, 12-bit Cinema RAW Light LT features data rates up to 645Mbps, offering much more manageable/efficient file sizes to streamline your workflow while retaining the same benefits of RAW. Simultaneous recording of Cinema RAW Light and XF-AVC Proxies is also supported.

*Update* I have had conflicting information about the announcements next week. While all of this information below is correct, it may not all happen on January 19, 2022. More to come…

I love announcement week! I have now confirmed more Cinema EOS goodies that we can look forward to.

The Canon EOS R5C! Canon’s active cooling video-focused version of the EOS R5. You can check the rumored specifications here.

Canon will announce new firmware for the Canon Cinema EOS C70. The new firmware will add RAW. I don’t know if it’s external or internal.

Canon will announce new compact cinema zoom lenses. I think it’s safe to assume that the RF mount will be offered.

The Canon Cinema EOS C300 Mark III and Canon Cinema EOS C500 Mark II will get new modules. It’s been rumored for quite some time that we’d see 8K versions of these cameras. I haven’t confirmed what the “modules” are, but I think Canon is about to go all-in on 8K.

The official announcements are scheduled for January 19, 2022, at 7 AM EST.

This is how you downgrade the firmware on a Canon camera

There are rumors going around that people are having autofocus issues with firmware 1.5.0 and the Canon EOS R5. This isn’t something that I have experienced, nor I have received any communication about issues. Sometimes I’m the first line of tech support for whatever reason.

KH Cams on YouTube has posted a video showing you how to downgrade the firmware on the Canon EOS R6. This will also work with the Canon EOS R5. It’s claimed that it’ll work on any Canon dual card slot camera, but I have not and likely never will test this out. 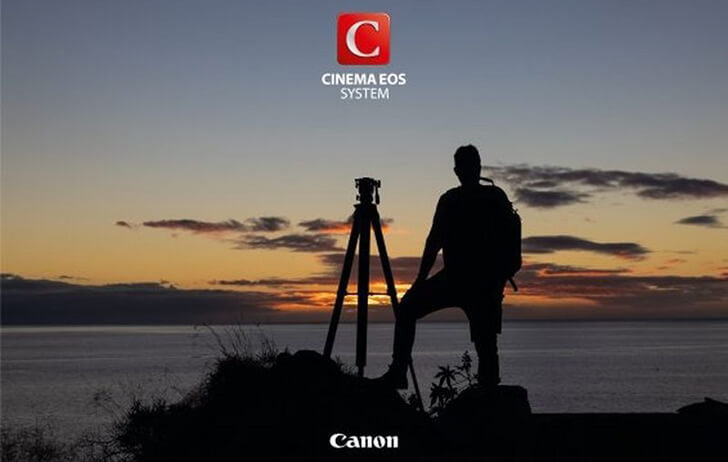 The Canon EOS R5C has been long-rumored around these parts, and it will finally be officially announced on January 19, 2022.

Yesterday, Canon began teasing next week’s announcement. Canon News reports that the internet did what the internet does and discovered that Canon UK confirmed the Canon EOS R5C announcement when the promo image they used was named “EOS_R5C_Teaser-01-ProNews“, it has since been changed.