From DigitalREV
They've apparently been invited to a Canon Press Event. 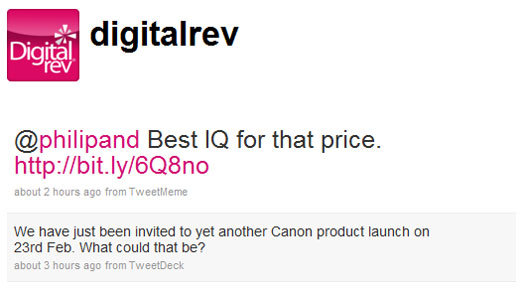 No Confirmed Press Event
I received an email saying that February 23, 2010 will be the launch date of a new camera body.

We'll be on the lookout for press event(s) around the globe.

The Canon EOS R8 will be announced at CP+ in February