You are using an out of date browser. It may not display this or other websites correctly.
You should upgrade or use an alternative browser.
A

like the 1st pic painting the west. great light! where is it? what mountain is that? thx!
A

- Weight is very noticeable - unlike other EF-M lenses, this one has somewhat of a heft to it
- The M10/18-150 combo is RIGHT at the limit of what you can stuff into a Dashpoint 30 bag (it's TIGHT)
- For some reason I don't feel the same sense of solidness and durability when I hold this one compared to the others, especially the 11-22
- Great range - FINALLY the M system has a multi-purpose lens. That said, see next point - other, smaller lenses may still be better for certain uses
- On-board flash casts significant shadow at 18mm (no surprise there, really) - with a regular size filter attached, one must zoom to 35mm to get rid of this shadow. Flash selfies won't really work with this lens, and you must also consider this when taking low-light, wide-angle shots (think indoor portraits or group shots). UPDATE: Even without a filter, this lens will still cast a shadow with flash on the M10 up to 30mm
- The stated aperture range is 3.5-6.3 but...it closes down on you FAST. By 35mm it's already f5. You hit f6.3 before 70mm(!), which means that the 55-200 is brighter throughout the equivalent range by an average of 2/3 stop, something to keep in mind.

As you can see, the 55-200 is ALWAYS faster at the equivalent focal length. For those considering trading in their 55-200 for this one, note that you'll be giving up speed as well as the 50mm extra reach

- IQ: can only take indoor shots at this time, so can't truly evaluate, but from what I can see sharpness seems to hold up surprisingly well throughout most of the range (it does soften a bit near the long end). Contrast needs to be boosted in post. And I agree with Dustin about the fringing/CA - it's present and noticeable
- I'll have to put this one through a couple of real-world situations before I have a final verdict, but first impressions are generally positive.

ETA: Also, the 18-150 may be easier to handle with an M3 or M5, both of which have grips - the M10 does not have a grip, and even after just a few minutes, one-handed shooting with this lens became somewhat uncomfortable - not a deal-breaker, but something I never really had to consider with the other lenses.

Thanks! Looking forward to your further impressions...

AvTvM said:
like the 1st pic painting the west. great light! where is it? what mountain is that? thx!
Click to expand...

That is Picacho Peak in Arizona.
A

TWI by Dustin Abbott said:
That is Picacho Peak in Arizona.
Click to expand...

Here's one from my recent trip that I thought came out surprisingly artful from the lens. I've done a little post to enhance color (and some light on the main subject), but most of the look is from the lens. 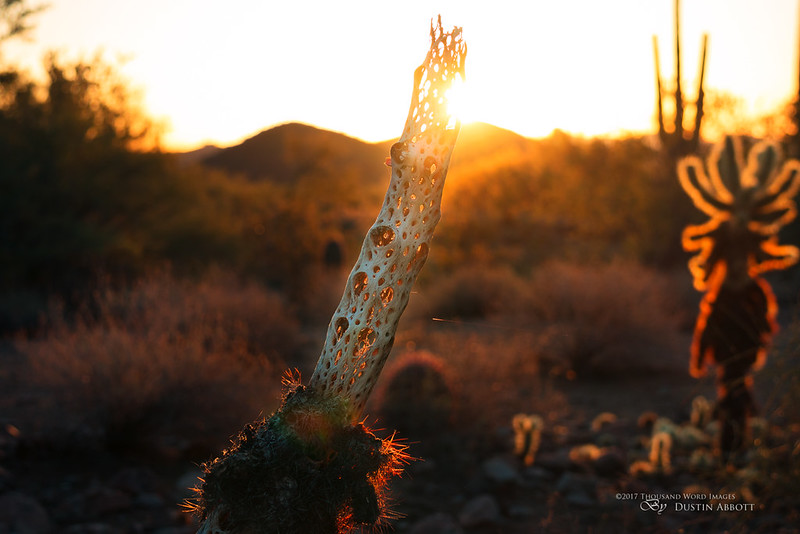 Bad news - you have to be REALLY careful with the sun on this lens. It is definitely prone to some ghosting.
A

It's actually a pretty good lens.

Watching for pigs on the wing

Thanks for your review of this lens. I read it the other day.
I am looking forward to buying it.
I'll probably get it with the M5; I currently have the M3 and the 18-55.
I was complaining on a trip out at Christmas, that the 18-55 doesn't have enough reach sometimes.
The 18-150 should totally banish that woe.

Thanks for your review of this lens. I read it the other day.
I am looking forward to buying it.
I'll probably get it with the M5; I currently have the M3 and the 18-55.
I was complaining on a trip out at Christmas, that the 18-55 doesn't have enough reach sometimes.
The 18-150 should totally banish that woe.

Focus speed is actually much better than the 55-200. Much faster, more accurate.
B

Focus speed is actually much better than the 55-200. Much faster, more accurate.
Click to expand...

Great news! Thanks.
A

Took it outside on a nice sunny day and shot with it for the first time in such conditions.

Throughout most of the range, I found it to be sharp in the center - interestingly enough, with a very noticeable drop-off in quality toward the edges (didn't see this before in my test indoor shots). Admit to being slightly disappointed here, especially given how solid the 11-22 and 18-55 were in this respect.

Found it to be soft at 150mm (at least at f/8 and larger). Still, the fact that I can have that level of reach in an "everyday" lens is impressive...BIG advantage over the 55-200 here in many ways, allows for greater variety of shots.

I also noticed other optical flaws on occasion, like ghosting, lack of contrast, and fringing.

Is it a good lens? Yes, it has great range and will have a particular use for me. Given that I'm now used to very high quality from top lenses, it didn't blow my socks off. But it's good enough - files will just need a bit more work in post. But then again, that was the case with the 55-200 as well (although with this lens, I feel even more so esp. at/near 150mm).

It's all about compromise - the 55-200 is faster and I think slightly sharper at around 150mm - so for sole telephoto coverage, that's the way to go...but there has been more than one occasion where I wished for something wider. The 18-150 does hold up well toward the wide end, which makes it a good choice as an "all-in-one" solution. But yes, it is pricey.

With my EF-M kit the choices are not so clear. There is no clear "best" zoom other than the 11-22 in its focal range.


Optically, I'm not sure there is a clear winner and loser here. I've heard the 15-45 is soft compared with the other EF-M zooms, but my experience shows mine to be as sharp as the 18-55 I owned previously. Certainly not up the the standards of my much more expensive L glass, but decently sharp.

While the all-in-one focal range of the 18-150 is tempting, I hate to give up 15mm on the wide end and 200 on the long end with my current 2 zoom kit. I can fit my M5 and either 22/2 or 15-45 into a reasonably small Lowepro Adventura belt pack. Using a single zoom really doesn't save that much space over a 2 lens kit.

Other than buying a 11-22 at some point, I don't plan to make any other EF-M lens changes until new options are available.
A

Once I pick-up a 11-22 (I'm waiting for them to show up in the refurb sales), I may decide to part with my 15-45. I think I can live with a "gap" between 22 and 55mm since I normally like to shoot wide and long anyway. The 15-45 is a decent lens, but I find I don't use it that much. Its strongest attribute is its size, which works against it a little due to the retracted "parked" position which forces you to go through an additional step to get the camera ready to shoot. Dustin Abbott points out these drawbacks in his review.

I'd love to see Canon come out with a small 35mm or 85mm fast prime for the system, but they seem to be targeting their EF-M lenses toward the consumer market. I need to become more familiar with manual focus with the M5 (works very well in my limited experience) before I would consider one of the 3rd party MF only lenses.
Show hidden low quality content
You must log in or register to reply here.

Will there be an APS-C EOS R-series camera?