I read numerous glowing reviews on the inexpensive RF 24-105 STM lens and as an owner of the EF 24-105L Mk ll (which I find satisfactory yet not overly impressive) could there be a chance that a $400 lens could be better than the EF version on an R6?

slclick said:
I read numerous glowing reviews on the inexpensive RF 24-105 STM lens and as an owner of the EF 24-105L Mk ll (which I find satisfactory yet not overly impressive) could there be a chance that a $400 lens could be better than the EF version on an R6?
Click to expand...

The link below shows a direct detail comparison between the 2 lenses. 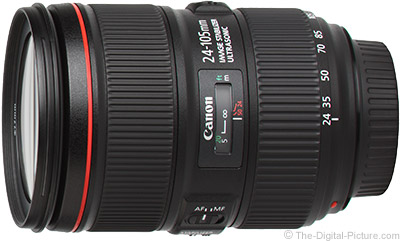 The STM will have more fringing,
It will not be able to hit the same apertures,
But it's all in the eye of the beholder... if it works for you...
Last edited: May 3, 2021
C

It is a nice lens if you are looking for a very light, small inexpensive lens. I believe that is why it is getting good reviews. For lens comparisons, you can go the the-digital-picture.com and compare them on their image quality page. It is nowhere as good as the EF 24-105 L (I or II) or the EF 24-105 f/3.5-5.6 STM.

Thanks all. I understand it is not in the L class yet when adapted was really my question. The stories coming in over the past year or so about adapted EF glass are all over the place. There isn't a list that I have accessed which says this lens is bad, ok, god or great on an RF mount body. There are your typical, "The forty 2.8 pancake works great, even better on my R5" to "Don't bother with the 40 on the R, it is much noisier and slower than on my 5D4" and so on...

You previously indicated your primary current subjects are macro (on rails), abstract and landscapes. I've had no issues with adapted EF lenses on my EOS R, but I've read similar reports that range from bad to great. However, it's important to keep in mind that the adapter has no optics, so from an image standpoint the adapter makes no difference. I could see there being a difference from a performance standpoint (AF performance, in particular), but for your chosen subjects I don't think blazing fast AF is a key need for you regardless.

IMO, the reasons to buy native RF lenses for R bodies vs. using adapted EF lenses boil down to the features offered by those lenses (e.g. 1.4x vs. 1x plus the SA control on the new RF 100mm Macro) and the cost of replacing an existing EF lens you already have.

Personally, given the forthcoming R3, I have no plans to buy any more EF lenses. I'm giving consideration to which of my EF lenses I may replace with their RF equivalents over time. I have the RF 24-105/4L and I would characterize it as you do the EF II version – satisfactory but not overly impressive. I will get the RF 100-500L, and I'll probably replace my 'workhorse' lenses (24-70/2.8 and 70-200/2.8) with RF versions. I likely will not replace the EF 16-35/4L IS or any of the primes (with the possible exception of the 100L macro, but I need to learn more about the SA control; the 1.4x magnification is of little interest since I also have the MP-E 65).

Ok, the R6 has a bit more menu action than the 5D3.
Show hidden low quality content
You must log in or register to reply here.
Top Bottom
<-- start Taboola -->