A pair of azure damselflies in honeymoon flight: 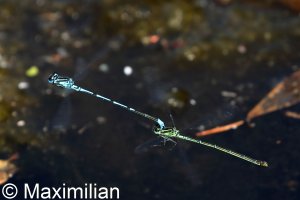 Very nice shot, Maximilian. I really like the composition in diagonal.
I

"The equipment that matters, is you"

Maximilian said:
Hi ISv!
The emperor dragonfly (anax imperator) is a cosmopolite and quite common in a lot of regions in the world, especially Europe and Asia.
They also live at my ponds here in Germany.
I just saw it and said, "emperor, cool!".
Now, as you are asking me and making me rethink .
Of course, it could also be another subspecies from the genus anax and I just don't recognize the differences.
Please correct me if I am mistaken.

Here I have posted a female ovipositing at my local ponds.
And here is one of my best of a male (?) resting.

Edit:
I was curious:
Giant Hawaiian darner (anax strenuus) is a Hawaiian endemit. But looking at pics on the web it has a much more backish abdomen than yours.
It is particularly common at higher elevations.
I suppose, yours is a common green darner (anax junius) as this is the common subspecies in northern America and Hawaii, too.
But at a fast glance I couldn't tell the difference from anax imperator.
Click to expand...

The problem is "...at fast glance..." you can't separate many similar species. You need the insect in your hands... Even experts have a hard time telling what is what just by photos (especially from different parts of the world!!!) - or just refuse to answer because they don't want to look foolish. By the same reasons I can't risk to tell the species on my photos (for birds I can take some risk but definitely not for dragons!). Any way - Anax strenuus you can see at much higher elevations (my photos are from nearly see level!) and it's bigger! I have seen it several times but no photo - they are relentless, strong flyers and with me getting older than younger with every year I'm not sure I will ever get a photo of that one).
BTW I have more photos from that locations and I got to Anax junius - not necessarily correct!!!- by the reasons I mentioned above (I posted the photos time ago...).
Anyway - here we are not a conference of Odonata experts and I really appreciate your knowledge of the Dragonflies!
Reactions: 1 user
I

"The equipment that matters, is you"

And few more of the same from today (I went to the zoo because of their ponds - to hunt for Dragonflies. For me this is the nearest location to see reliably some dragons and because I'm a member it's still for "free"). Also - the last weekend I notice there a few Tramea lacerata - Black Saddlebags Skimmer and wanted to get them again (my first photo of this one - few years old and made with the 200-500 zoom - is attached).
The DIF is from ~11 meters. The couple is from 5.6 to ~4 meters. The Skimmer is from ~2.5 meters and one can see the advantage of the closer focusing distance of the zoom... 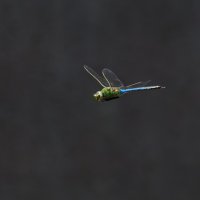 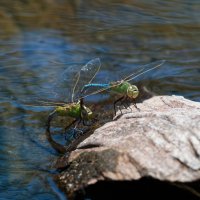 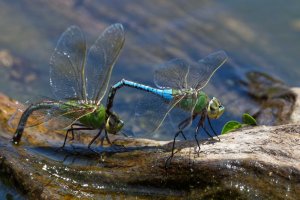 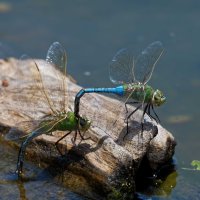 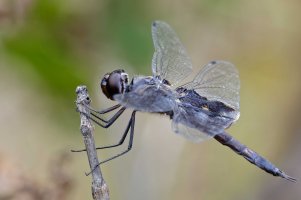 ISv said:
...
Also - the last weekend I notice there a few Tramea lacerata - Black Saddlebags Skimmer and wanted to get them again (my first photo of this one - few years old and made with the 200-500 zoom - is attached).
...
Click to expand...

Wonderful how many different species of odonata are spread around the world. Great pics again, @ISv.

Yesterday I found species #24 at my local ponds. When I started shooting there, I couldn't even imagine more than ten living at that location.
Here is a goblet-marked damselfly (erythromma lindenii). 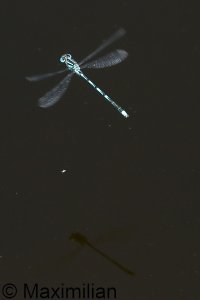 Today I managed to get some wonderful pics of a flying downy emerald (cordulia aenea) showing why they are called "emerald"
The BG is the dark lake in shadows.
Cam settings at these difficult light conditions:
I made a test shot of a leaf or plant on the water.
Then I went fully manual M.
In this case my setup was f/10, 1/1000, ISO1000, all fixed
I keep spot metering for control if light changes. 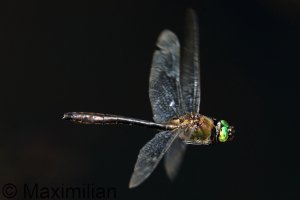 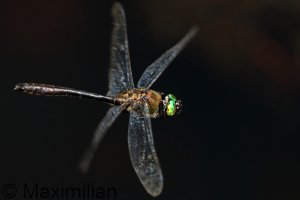 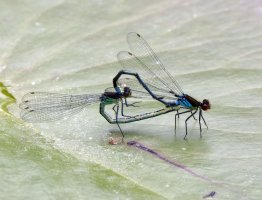 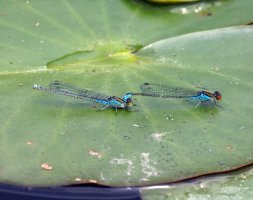 Same here @Click
I had an almost as good pic from last year. But these just outdid that by far.
Perfect angle of light.
So happy I managed to wrap this up
Reactions: 1 user

Lovely to see those two species together in one post.
Reactions: 1 user

I nearly asked you to confirm that they were the two species but I convinced myself that the lower couple were the Small. They were on neighbouring water lily leaves at the end of our bumpy cycle ride this afternoon. They were too far away to identify with the naked eye. You learn so much from photography.
Reactions: 1 users

AlanF said:
I nearly asked you to confirm that they were the two species ...
Click to expand...

Thank you for your confidence

A well matured and dark four-spotted chaser. Oh, I love digital photography for the details it provides 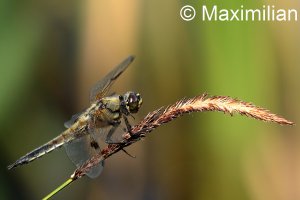 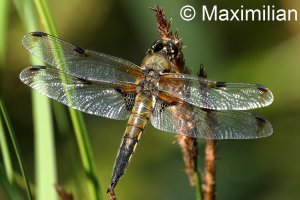 Very nice shots, Maximilian. I especially like the first one.
Reactions: 1 user

The first damselfly I managed to shoot outside my garden this year! The dappled lighting was sadly too bright to recover, but the reflections do have the nice blue and greens 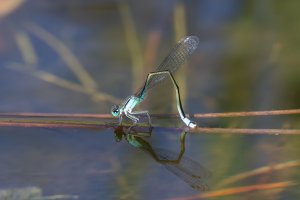 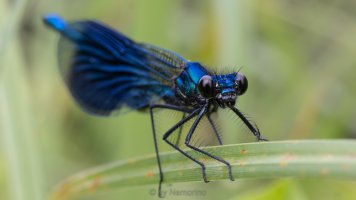 Close to MFD?
And at which time of day?
I seldom managed to get closer to banded demoiselles than 1 m, but I've never tried in the morning / cold.
Show hidden low quality content
You must log in or register to reply here.

Mushrooms And Fungi Of Any Kind

C
Why I Chose an M50 for Trail Maintenance