It’s finally here, the 24p firmware update for the Canon EOS M6 Mark II, this update appears to have first appeared on the Canon UK site and will likely appear on others around the globe throughout the day.
Beyond the addition of 24p, there is also a couple of bugs fixed in this update.
Firmware Version 1.1.0 incorporates the following enhancement and fixes:

The hell has frozen
Reactions: flip314, pedroesteban, Del Paso and 1 other person
R

So you want to say they've made a firmware update to downgrade the resolution to 24mp?
Reactions: Chaitanya, Groundhog, Canon Rumors Guy and 1 other person

Rampuri said:
So you want to say they've made a firmware update to downgrade the resolution to 24mp?
Click to expand...

The only meaningful M6 mkii update would be an M5 mkii. Just sayin'.
Reactions: speg, Bob Howland, slclick and 2 others
T

These times that production is halted are suitable for code improvements...
P

Baron_Karza said:
I just want IBIS in my M50
Click to expand...

Now wouldn't that be grand. But noway that's going to happen.
P

Peterm said:
Now wouldn't that be grand. But noway that's going to happen.
Click to expand...

It is going to happen, just give it a year or two. 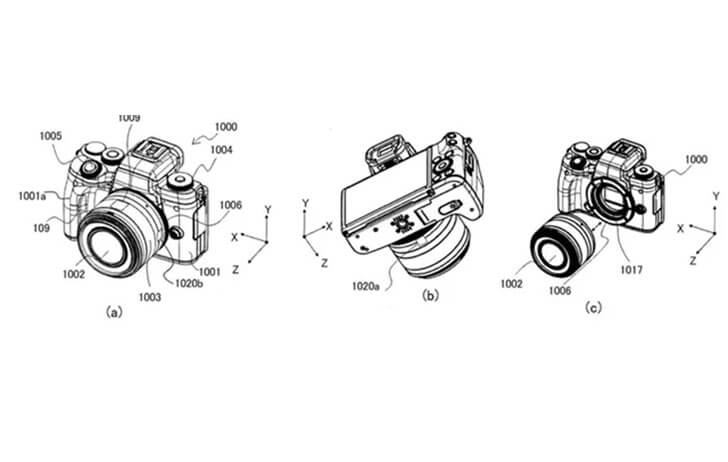 Canon News has uncovered a patent that shows IBIS being developed for the EOS M system, as well as for PowerShots. This patent showcases IBIS and lens stabiliza

Seems to have a better (quicker) AF now after the firmware? I'll have to find something else to try it out against

Firmware still isn't on the US site - any reason not to use the UK download? Assume they are the same bits ...
M

Thanks for reporting this firmware update. I was hoping the update would fix what, for my shooting, is a crippling bug which I reported to Canon UK 5 weeks ago. A very diligent engineer from Canon Customer Services worked through the problem with me and verified the fault. Although the firmware update appears to fix my problem it doesn’t fix it.

In all the tests described the lens has been the EF-M 32mm f1.4. The camera buttons are set so that autofocus activation is achieved via the button on the AF/MF control and not on the shutter release button.

Some of my shooting involves pre-focussing the lens on the subject with the camera worked by a remote release. For example, you’re photographing animals at a feeder. You pre-focus on the feeder and wait for an animal to get into the right position to press the release. The time delay could be a while and the camera powers off. The fault is that when the camera powers off and later powers up again the lens changes its focus. If an animal now arrives in the feeder and you trigger the camera via the remote release you have an out-of-focus picture. This happens even with the custom function “Retract lens on power off” set to Disable. Setting Manual focus makes no difference. I tried using the Interval Timer function mentioned in the firmware release notes but the lens still mis-focussed. None of the EOS EF mount models I’ve tried behave this way.

Playing with the camera with this new firmware V1.1.0 it seems that the lens moves during both power off and power on which seems odd. I will contact Canon UK to say the problem isn’t fixed and hope that they issue another firmware update.

Good to see the update for the video has arrived. I'm still holding onto my M5. It works great still. I'll be tempted if IBIS shows it's head in the line, but for now I'll be happy with what I have. No 4K, but then I don't have the disk space for a such a transition
K

overniven said:
Good to see the update for the video has arrived. I'm still holding onto my M5. It works great still. I'll be tempted if IBIS shows it's head in the line, but for now I'll be happy with what I have. No 4K, but then I don't have the disk space for a such a transition
Click to expand...

Just buy one of these inexpensive external drives (4TB or more), and don't store 4K files on your computer's internal hard drive.
K

GadgetDave said:
Firmware still isn't on the US site - any reason not to use the UK download? Assume they are the same bits ...
Click to expand...

I found the firmware update on the Canon USA site.
Reactions: GadgetDave
M

Another measure against climate change ... why? File size with 24p is reasonably smaller compared to higher framerates like 50p and 60p. This isn't meant too serious but if 24p is "fast" enough why not use it? For my purposes it is very fine and the EOS RP is a lame duck in video speed wise so 24p (which came with a FW update too) is great because of its compatibility.

All they need is a firmware update to add an EVF.
Reactions: Quirkz

I love how they manage to spell the word 'bug' with 10 letters
Reactions: SteveC
Show hidden low quality content
You must log in or register to reply here.

Gordon Laing explains the updates in firmware v1.1.0 for the Canon EOS R5