My high school had a student run electronic music concert last weekend. My friend who was one of the musicians playing at it really wanted me to photograph it. Brought my Canon 5d mkii, 50mm 1.8 ii, yongnuo yn560ii and a tripod. Manually focused for a lot of the photos because autofocus couldn't lock. Would like some feedback on my photos. 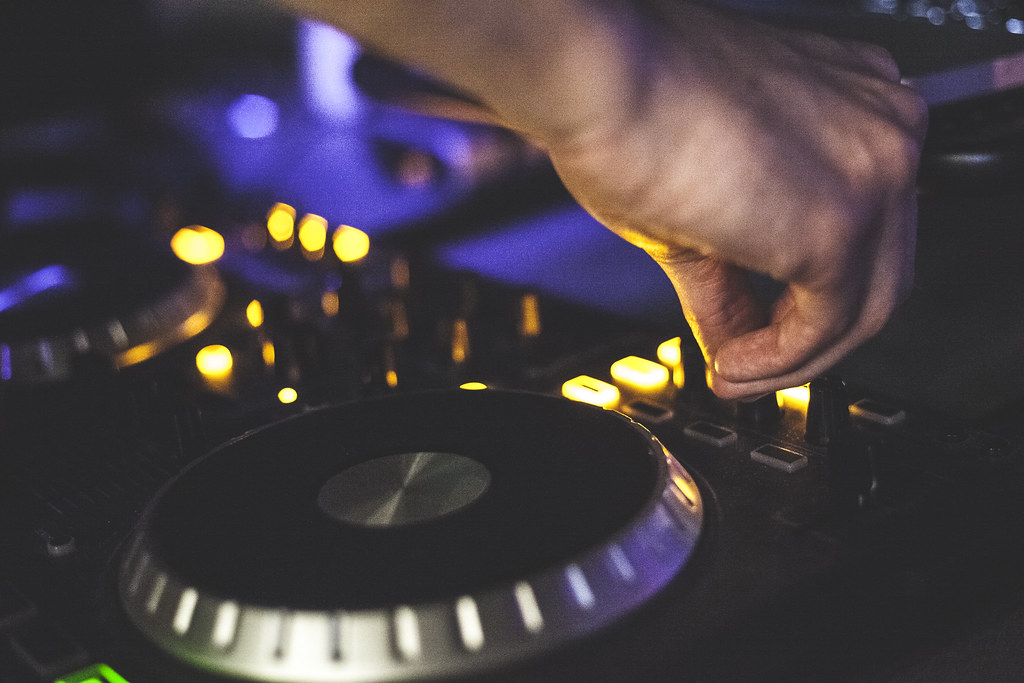 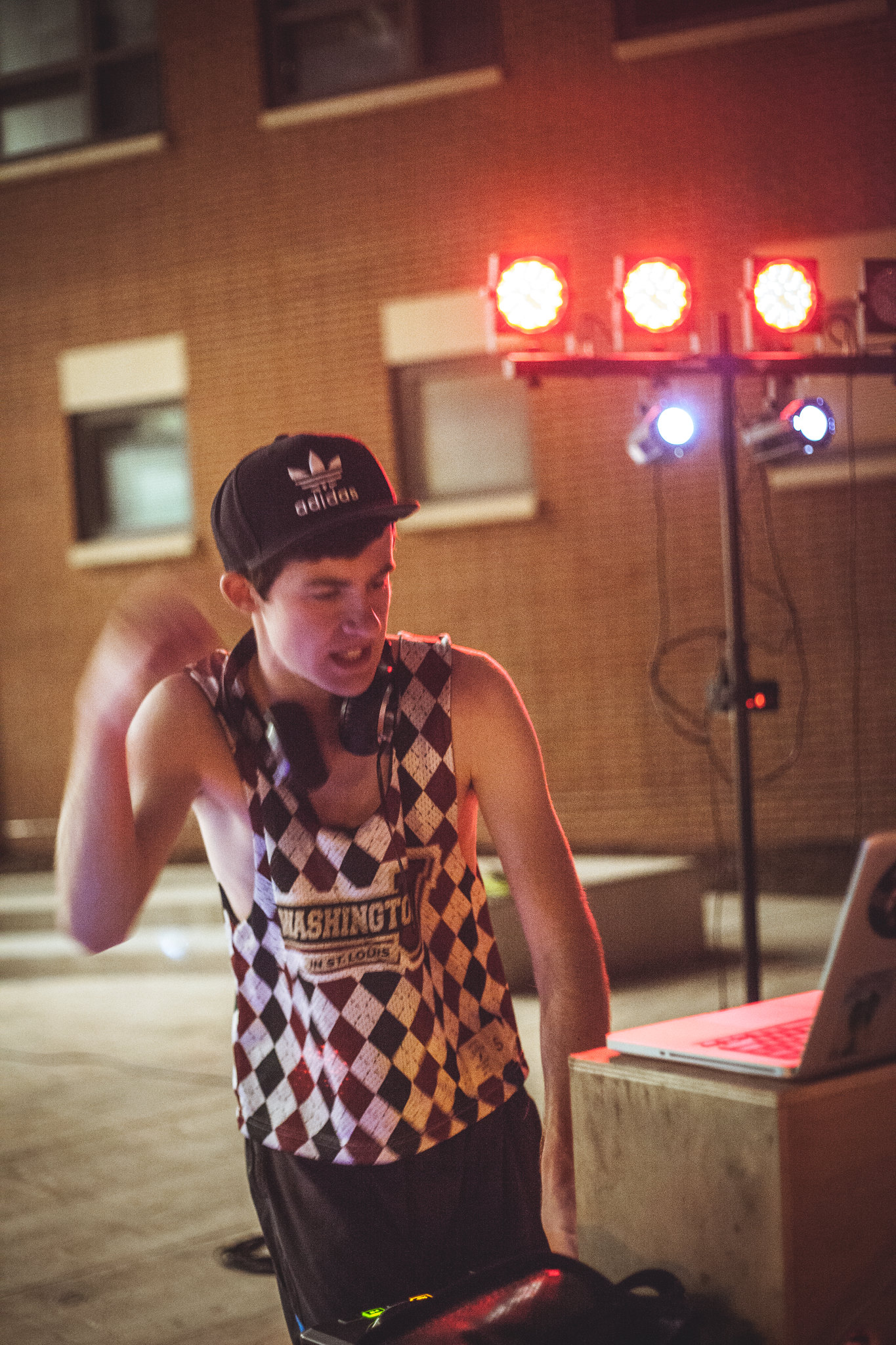 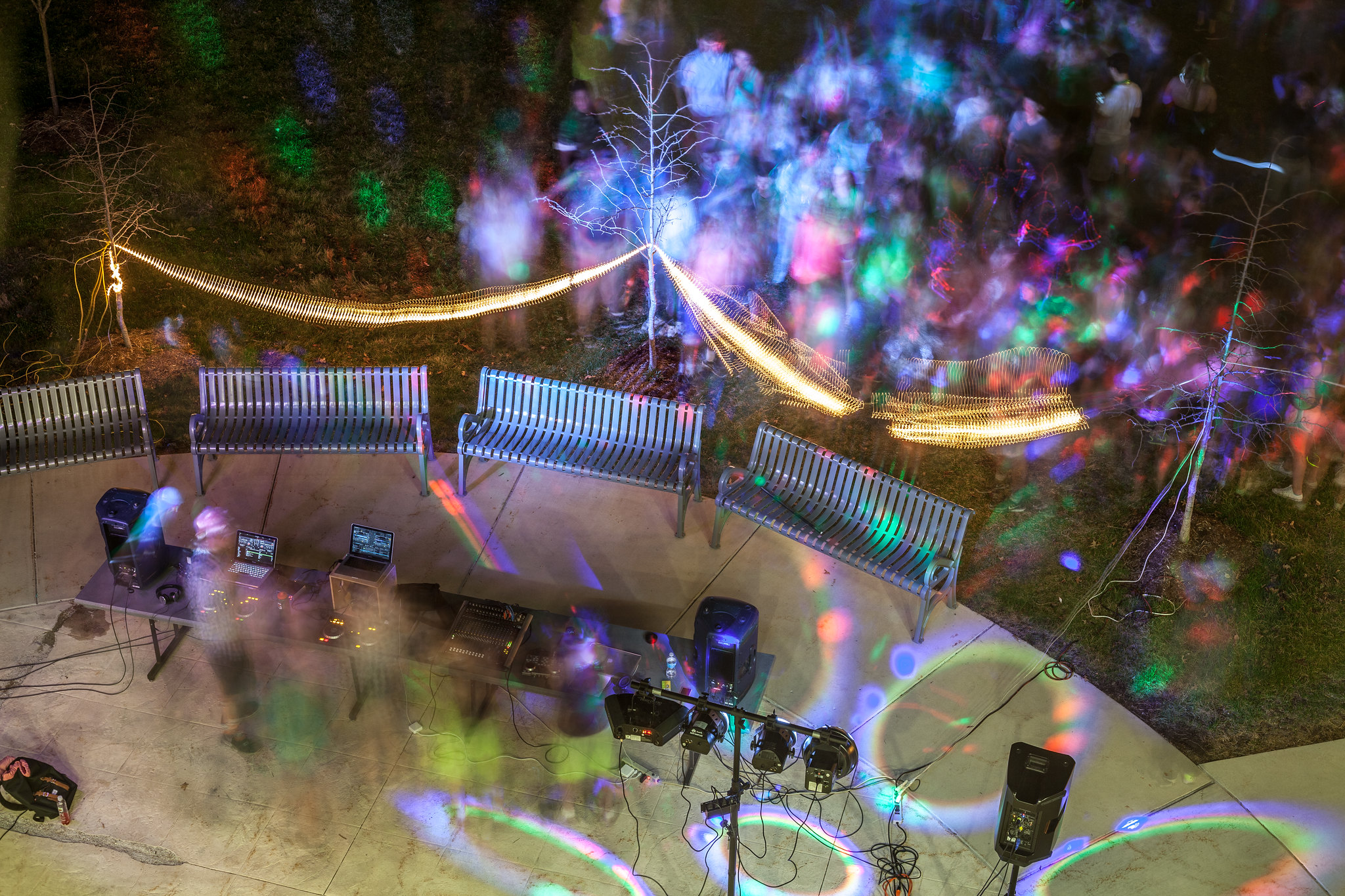 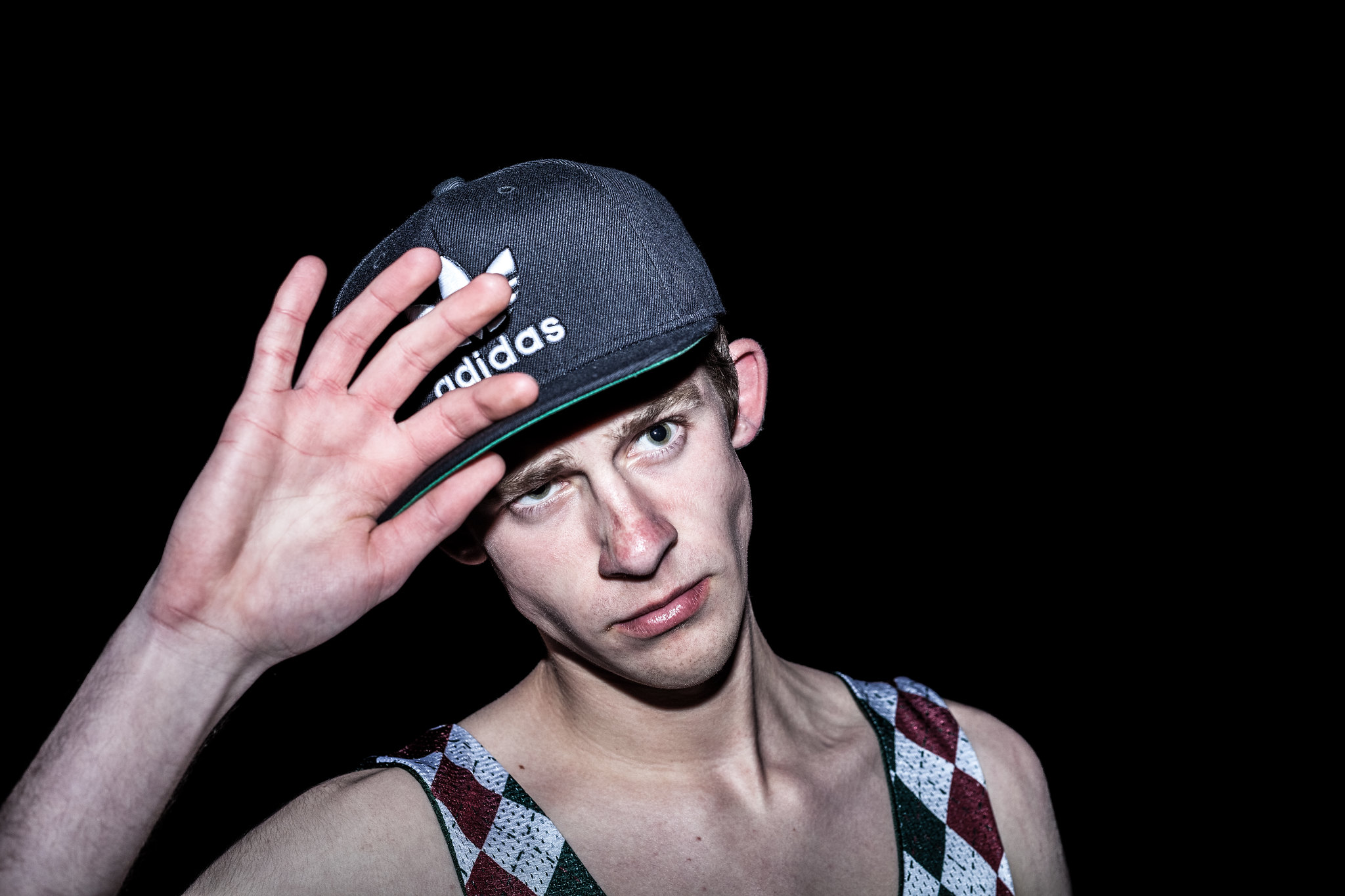 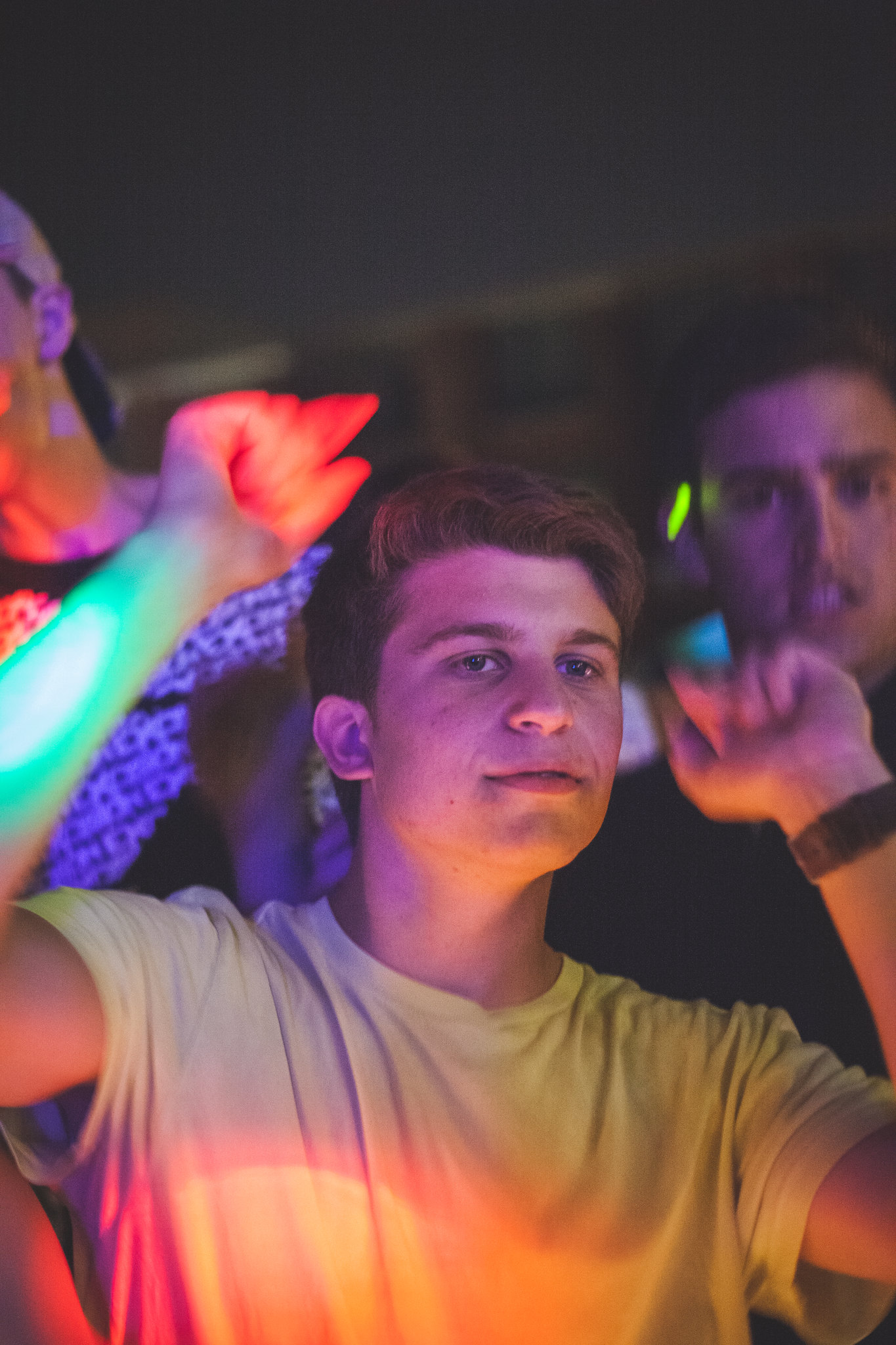 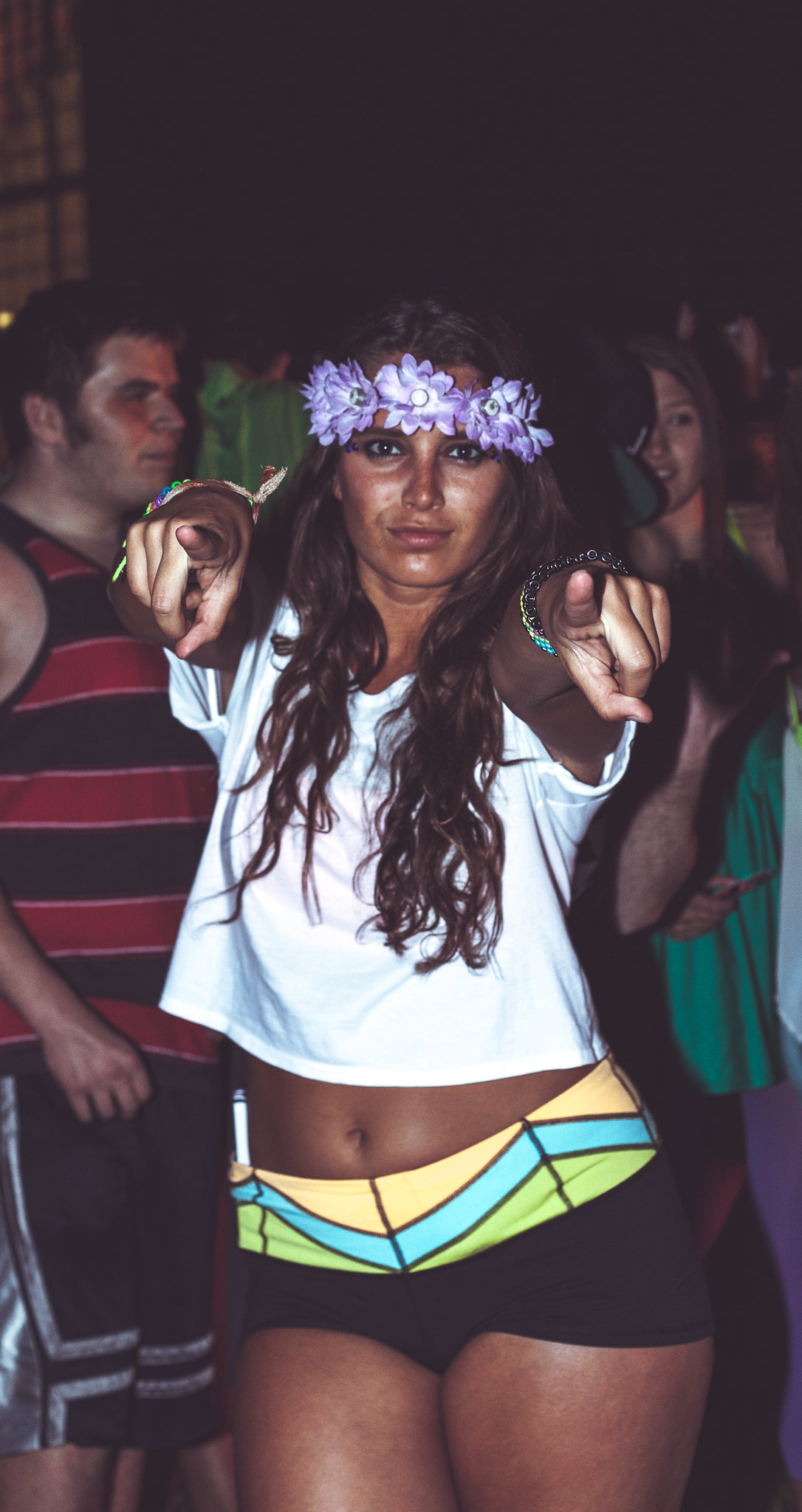 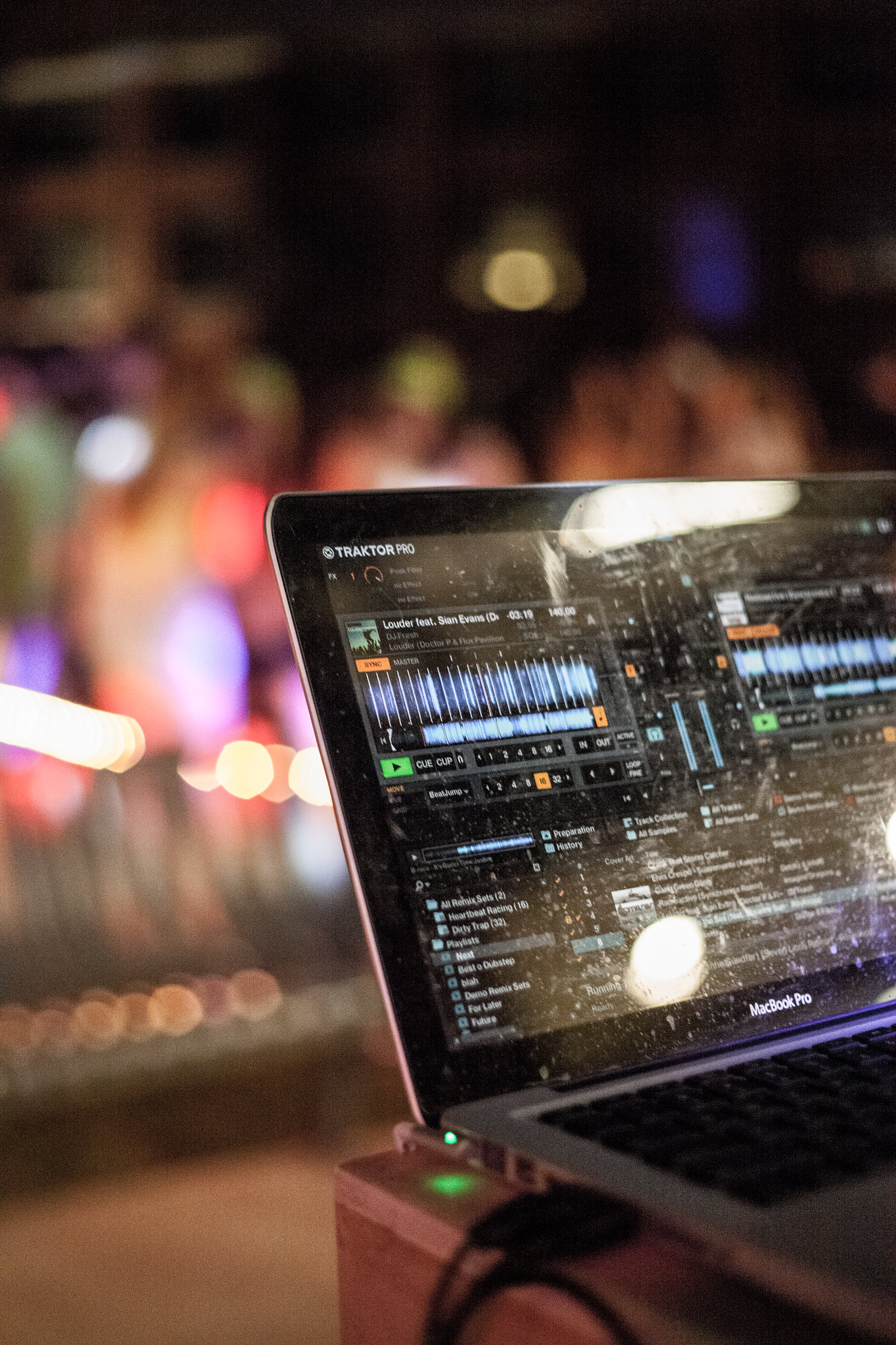 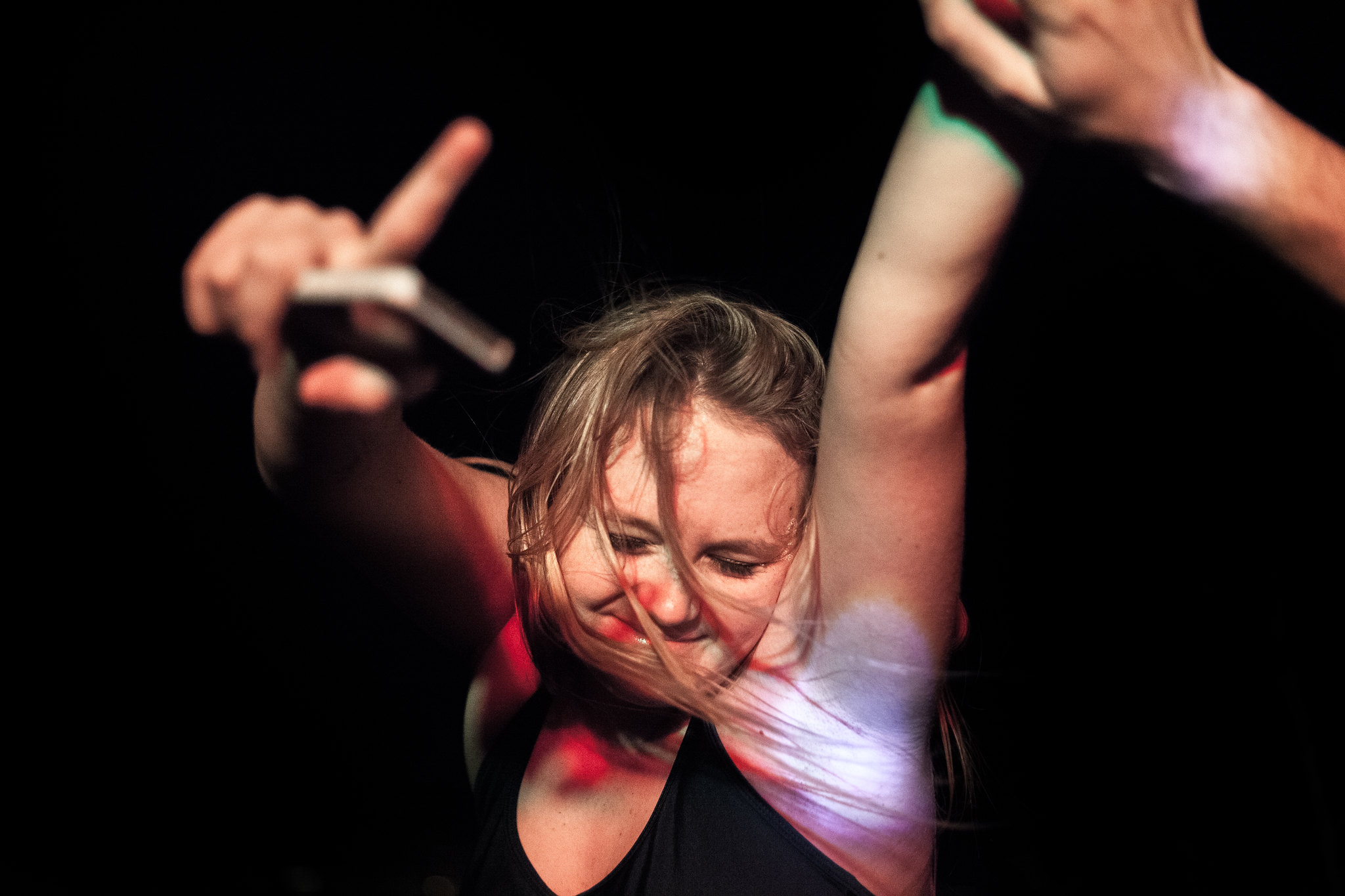 Hi Andy.
Photos are not bad for a first go, to me it looks like it was a pretty uninspiring subject, hard to get enthused about.

Thanks you for sharing, not a bad effort considering 50 1.8.

I'd would try converting some into BnW for example the 4th image of the guy with in the hat.

You took pictures of a concert and missed the band? ;D (Giving away my age, that's what I'd call a disco!)

That looks like a really difficult situation to shoot in. I've tried a few concerts and having a dark background tends to help but you've just got open space and those brick walls. Lots of low level background light. Stick at it, my guess would be that pictures from behind the decks into the crowd or more from the sides if you could shoot against a darker background may have worked well when working without the flash.
B

How can you stand out, if you do like evrybdy else

Andy_Hodapp said:
Brought my Canon 5d mkii, 50mm 1.8 ii, yongnuo yn560ii and a tripod. Manually focused for a lot of the photos because autofocus couldn't lock.
Click to expand...

Frankly, if someone asks me to shoot a concert with these, I would say no.
Concerts are one of the most difficult to shoot I have ever met as a subject. I shoot with 1DX + 200 F2.8 (or renting a 200 F2 when it is an important one) and I still struggle. Low light, moving subject, colorful faces, lack of good place from where to shoot, and so on.
Based on the tool you used, I must say bravo!

When shooting concert, as someone said, the main subject is the band, and 50mm for that purpose is way too short. You tried it on shot #2 but one shot is not enough. Don't worry too much about noise or blur due to movement. You are limited by your gear. Shots #1 and 7 are good initiative, that's when you need the tripod (or monopod.)
Shooting the public is a good habit, but should be more of an "environmental portrait". You would like them having a good time watching the band. Another pose would be a group of friends facing you with the band in the background, or at least the stand.
To help focusing, in the future, get some flash triggers with a beam. I use YN 622C and it works very well on horizontal shots. No flash, just the trigger on top of your camera. You can buy just one for that purposes or two if you want to use it for off-camera flash. Bring batteries so you can change it somewhere in the middle.

I'd say you're off to a good start, and the feedback you have here reflects not only where you can go from here but how far you've come to get here.

you are good one for beginner))
Show hidden low quality content
You must log in or register to reply here.