It was there, it just didn't show up for whatever reason. It seems to be there now.
T

I just voted. The wish section was the hardest. I felt like I wished 5 or 6 items at the same time ;D

We don't get to see the results :|

My wish section was on the XC15-like camera with EF mount... but wasn't on the list. A full-frame mirrorless sounds good too though 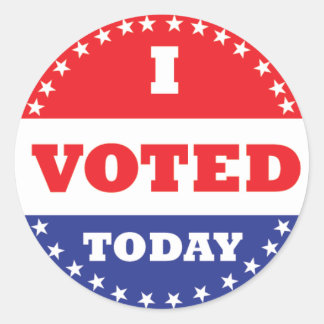 For me atleast that 35mm IS Macro has been the most exciting launch this year. I would really like to see update to now discontinued 320ex or maybe a new small flash(smaller than 430ex) supporting RT(Slave mode only).

In the camera department, I had to select the SL2. The M6 is just a M5 without a viewfinder, to I really didn’t find it all that appealing for my personal needs. The SL2, aside from the continued use of the crappy AF module and metering, was a BIG shocker. I bought this the day it came out with the new kit lens because it makes for the ultimate compact DSLR and is very versital. WiFi with dedicated button, tilt/touch screen, Dual-Pixel 80D sensor, significantly improved grip, better control and button layout layout, and a move to the larger Rebel batteries. $500?!? This is a lot of camera for the money and people that choose to complain about the missing features need to realize the price-point couldn’t justify the additional expense of including more into the camera. When the SL1 came out it didn’t sell well until it was reduced in price. So I think Canon knew the target price they wanted to hit and they did very well with it.

In the lens department, nothing that was released this year will be as significant as the 85mm f/1.4L. Not to take anything away form the other lenses, which will have their uses and are significant in their own way, but the new 85mm is a BIG deal for most Canon photographers.

Finally, I want and NEED a Canon full-frame mirrorless. But I don’t want one if it’s going to leave out many professional features that I would find useful in my kit. The M5 has been a fun camera...but that is honestly all it has been - fun. I don’t think anything it does is all too impressive or incredible, but it has been a damn fun camera to walk around and travel with. However, if a full-frame mirrorless were to be released that used an EF mount, it would be game over for Sony’s rule. Not in terms of overall performance....because Canon most certainly will handicap the hell out of whatever mirrorless camera they produce, but it will mean that Canon is right there ready to challenge Sony with a camera. If there aren’t any concrete details on this camera by the end of 2018, I’ll probably buy a Sony A7 III whenever that comes out. I would really like to have a mirrorless full-frame to have some fun with. Crop sensors are a drag for me personally.

I was completely uninterested in every camera and lens Canon released this year. All of them were full of useless features. The minimum focusing distance of the EF-S 35mm is a way too short, the STM lenses don't support FullTime Manual focusing, and mostly video related functions were developed in the cameras. I hope the next year will be somewhat better.
What I'd like to see is a 250/300mm f/5.6 IS USM Macro with about 75 cm MFD and an EOS 9000D APS-C (or 30*20mm) sensor size camera with no video, no gps, no wi-fi and no nfc. A camera that is made to take STILL pictures. If I finished creating it I will send a complete "Specifications" book to Canon's developers.
D

Honestly in my humble opinion there was absolutely nothing interesting from Canon in 2017.

I want innovation and at this stage there is little hope it'll come from Canon. Dual Pixel was and still is great but that's about the only thing they've contributed for the last 10 years...
L

I bought the EF-S 35mm Macro and used it on my M6 for holidays this year. I really enjoyed shooting with M6 using the tilt and touch screen. It is much lighter than my FF and better image quality than my previous G5X. Really happy with this year’s release. I hope that Canon can release a FF mirrorless soon!

The 85mm 1.4L IS USM is definitely the most exciting. People/portraiture is one of the top subjects to shoot (for most people in my opinion). The inclusion of IS in a prime w/ this aperture makes it a great all-around lens that can be used by everyone interested in photography and videography.

I also think the M6 is an underrated camera with lots of good features, one being focus-peaking for manually focusing during video. I think this is a feature not found on many Canons.
I

Center of my universe

SkynetTX said:
The minimum focusing distance of the EF-S 35mm is a way too short
Click to expand...

Totally agree; I was interested until I saw that.

OK, I'd buy one, too. I wonder whether we are the entire market.

Magnification (1:1 for macro), focal length and MFD are not free to choose. You are only free to choose two of those, the third results automatically (within some slight variation depending on lens design and from where you measure).
Assuming the focal length at MFD is not significantly longer than the nominal value at infinity focus, the minimum distance from lens front element to object should be very close to the focal length.
Afaik MFD is usually measured from the sensor, this would then be about focal length + length of lens + sensor flange distance. But you are likely asking for working distance from the front of the lens, for which 75cm is unrealistic at 300mm and 1:1.
D

For me the 6D MarkII was my favourite gear which I bought meanwhile (should arrive tomorrow). It is just about the right successor for my 5D Mark II. I never could justify a 5D Mark III let alone a 5D Mark IV as their AF systems are way too "over-sophisticated" for my personal needs.

SkynetTX said:
The minimum focusing distance of the EF-S 35mm is a way too short
Click to expand...

As opposed to all those other 28-35mm macro lenses with much longer MFDs? I mean, it's not like focal length is inversely related to MFD for a macro lens, or anything like that, right? Poor, uninnovative Canon, damn them for not being able to change the laws of optical physics. Or maybe it's just that you don't understand the relevant concepts... :
Show hidden low quality content
You must log in or register to reply here.

Ended: Vote on your favourite new gear of 2018

Ended: Your favourite new lens from Canon in 2018

November CIPA Sales Numbers Are In, Year-Over-Year Slightly Up

What's Your Favourite Product So Far in 2017 From Canon?