Here are a couple of quick shots I grabbed of tonight's Pink Moon.

'Moonrise over the peninsula'? It doesnt quite have the ring to it of the famous Ansell Adams image but it was a lovely moment to behold.

Reactions: Joules, Raptors, AlanF and 5 others

No wonder I can't recognize those star patterns...Down Under. Perhaps that's Sagittarius ("upside down" as I am used to seeing it) near the bottom?

SteveC said:
No wonder I can't recognize those star patterns...Down Under. Perhaps that's Sagittarius ("upside down" as I am used to seeing it) near the bottom?
Click to expand...

That would be the Southern cross right at the top and the two 'pointers' a bit lower. Basically our version of the North star
S

Aussie shooter said:
That would be the Southern cross right at the top and the two 'pointers' a bit lower. Basically our version of the North star
Click to expand...

Went and looked it up. I suspected the two "pointers" were Alpha and Beta Centauri (the one time I was far enough south, I had seen them, they are VERY hard to miss). I had forgotten they served as pointers to Crux. It does look like one of the four stars in Crux might be off the top of the image, which made it even less likely I'd recognize it. (And I suspect some stretching up-and-down like with any very wide angle lens.) Crux itself "points" to the south celestial pole, of course, rather than being almost precisely on it like Polaris is.

By use of one of those celestial sphere globes, I think I've identified Triangulum, and I can see where Scorpius ought to be but I can't trace it. Sagittarius wouldn't be quite where I thought it was though, and I still can't trace it either (it may be lower left behind that tree limb rather than where I was looking). Those latter two constellations I can see from here.
Reactions: Aussie shooter
S

Of course I think of the song.

When I first saw the shot, my brain kept trying to get the stars to move enough to form Orion.

Moon before the clouds rolled in at sunset. 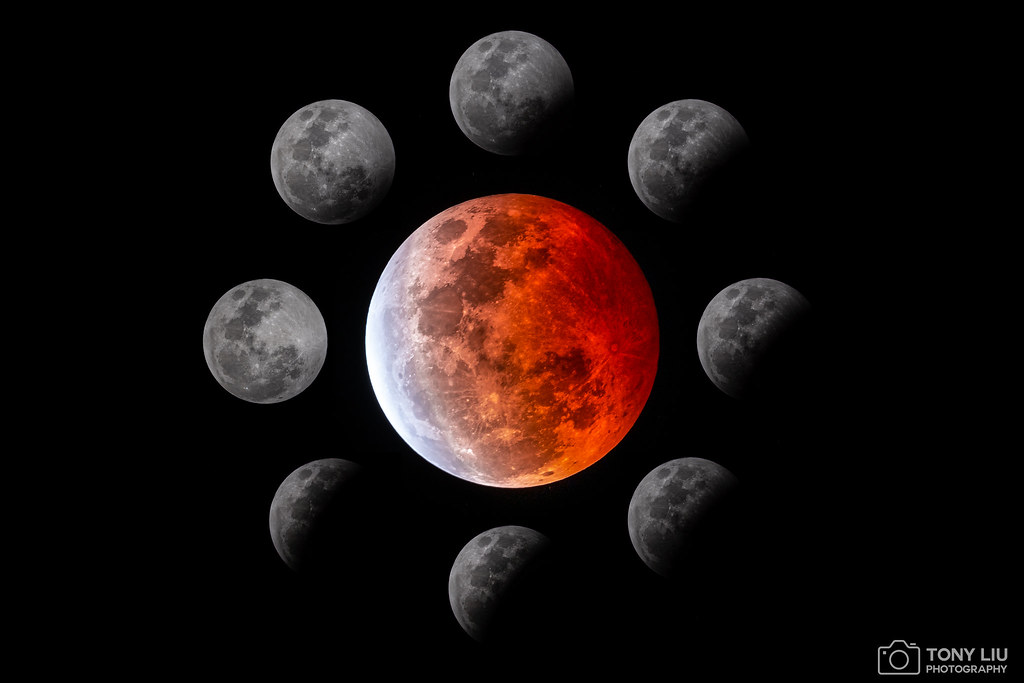 Moon Eclipse 2021 by Tony, on Flickr
Reactions: jprusa, AlanF, SteveC and 4 others
A

dcm said:
Moon before the clouds rolled in at sunset.

By coincidence, I also tried out the RF 800 + RF 1.4x at about the same time (next day), but on the R5. We had a very rare clear night and the moon was a strong orange colour. Similar settings to yours.