We have confirmed yesterdays report about two new full-frame RF mount lenses in the RF 24mm f/1.8 IS STM Macro and the RF 15-30mm f/3.5-5.6 IS STM.
Our assumption that they would be announced in the next few weeks may have been incorrect. These lenses may not be announced until October or November of this year.
A third lens will also be announced by November, and that will be the RF 135mm f/1.8L USM (we’re not sure about IS). A Canon RF 135mm f/1.4L USM has been on our roadmap for quite some time, and we have seen patents for such an optical formula. However, it looks like we’re getting an f/1.8 version of the very popular focal length.
There has been no word on the much rumored RF 35mm f/1.2L USM. We will actively try to get some new information.
Click to expand...

Come to daddy
So sad about no news for the 35L though that one feels more needed... for me.
Reactions: 3 users

I love it when there's a set of new lenses discussed and I could see myself buying all three!

F1.8 is definitely preferred for me over 1.4 for the 135mm. Definitely more handholdable and usable.

The STM wide angle may get picked up if it's cheap enough and good enough quality. I wouldn't mind a smaller option than the 16-35 for travel.

The 24mm prime is a big want for me and I will be very excited to pick that one up!
Reactions: 2 users

Excellent! This is great news that it will be 1.8. No need for a 1.4 which would just put it out of reach financially and add weight and size. I would still rather it were a f2, just so we could get a true size advantage to the f2.
Reactions: 5 users 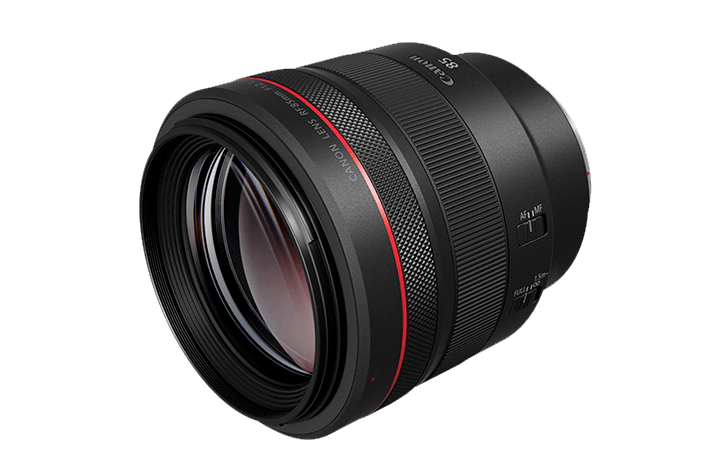 I’m happy for those looking for an updated 135/2, assuming this rumor pans out.

The RF 70-200/2.8 reduces the main advantage of the 135/2 over its EF counterpart, because the RF version is substantially smaller and lighter.
Reactions: 8 users

neuroanatomist said:
The RF 70-200/2.8 reduces the main advantage of the 135/2 over its EF counterpart, because the RF version is substantially smaller and lighter.
Click to expand...

Unless the 135mm f/1.8 is compatible with the 2x teleconferter, I don’t see a reason to buy it over the Sigma EF 135 since that lens is already so optically beautiful and will likely be half the price.
Reactions: 5 users
B

jdavidse said:
Excellent! This is great news that it will be 1.8. No need for a 1.4 which would just put it out of reach financially and add weight and size. I would still rather it were a f2, just so we could get a true size advantage to the f2.
Click to expand...

"[CR2] – This rating means there’s a strong possibility that the information has some truth to it, but it may be incomplete and/or misinterpreted information."

So based on that definition, there's no guarantee the lens would have been announced then.
Reactions: 1 user

Good to hear it's not supposed to be f/1.4.
I've bought and sold the EF version at least 5 times. I hope I don't do that again if I end up buying this. LOL
Reactions: 2 users

It’s probably going to cost almost double what the Sigma costs for it to be just a little bit faster and an incremental increase in sharpness.
Reactions: 1 user

R6 and be there

This new one will have to really impress for me to consider switching as I got a used f2 for $500.
Reactions: 6 users

bbasiaga said:
What do we think this thing will cost? I agree a 1.4 would have been similar to a 300 2.8 based on element size. But I could see this one still be $2k.

2000 EUROS would be great, but in my thoughts Canon will place it at atl least 2500-2600 Euros. If you add the Ucraine-war-and-oil-and-gas-is-missing crisis to the calculation 2999 Euroe could come true. I hope, I´m not right
Reactions: 1 users

I still don't quite understand why people don't want to give CR Guy the benefit of any doubt. Especially regarding any rumors around the 2020-2021 'lost years'. Just because rumors aren't promises doesn't mean they're lies.
Reactions: 2 users
Show hidden low quality content
You must log in or register to reply here.

Here are some rumoured RF-S lenses that may be coming in the near future.