Anhui China, 29 November 2021 – Venus Optics, the camera lens manufacturer that has been endeavouring to invent unique lenses, is thrilled to release Laowa 85mm f/5.6 2x Ultra Macro APO, an exceedingly compact and affordable mirrorless full-frame macro lens with excellent image quality. Weighs only 259g, the lens still comes with 2x magnification inherited from most of the Laowa macro lenses which give photographers a wider range of flexibility in creation. The APO design empowers this lens to produce pleasing minimal CA images. It fulfils the needs of many macro photographers while relieving the pain from carrying the heavy load of gears.

​​Though it be but little, it is fierce!

Kicking out the traditional heavy bulky macro lens, Laowa makes this 85mm lens to be revolutionarily small. Built specifically for mirrorless full-frame cameras with a smaller f/5.6 aperture, the new 85mm macro lens only weighs approximately 259g/9.1oz (Sony E) and with Φ53mm×81mm/2.09”x3.18” (Sony E) in size. A 46mm filter thread is also provided for circular screw-in filters. It is perfect for photographers who are looking for an extreme lightweight setup, such as using at a BioBlitz. This lens would match the portable mirrorless camera body perfectly, making macro shooting a breeze while rendering pictures with excellent and outstanding image quality.

For 1:1 or higher magnification macro photography, the depth of field is extremely shallow. Usually, photographers need to stop down to f/8 or even narrower aperture. A maximum f/5.6 is not always used as it’s not able to cover the depth in many cases. A lens with f/5.6 can keep the usability of the lens and at the same time create a much smaller instrument for macro lovers.

Up to 2x magnification

This new 85mm lens can focus from infinity to 2x magnification along with a minimum focusing distance of 16.3cm/6.41”. Numerous details can be captured for tiny objects under 2X magnification. It would be much more flexible and versatile for photographers shooting in different circumstances. 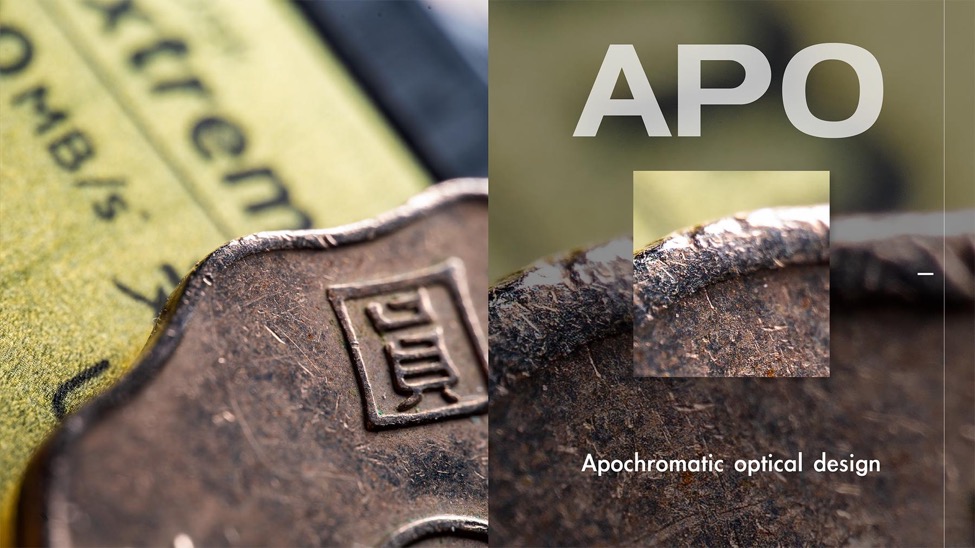 The freshly designed 13 elements in 9 groups optical structure contains 3 extra-low dispersion elements which eliminate the color fringing at both in-focus and out-of-focus areas. Rendering stunning magnified pictures without chromatic aberration would be an extra convenience to photographers as it saves much time and effort on post-production.

The lens barrel does not extend in internal focusing design when changing focus. It avoids collision of the lens and the objects. It also helps reduce the chance of dust getting into the lens.

This looks like a pretty decent 2x macro from Venus Optics - glad I waited for their RF version!

That lens is smaller than their 65mm macro for crop cameras.
E

But what I really wanted was a 180mm F5.6 macro - you know, like the one Sigma made a few years ago, but in RF mount, and preferably with AF.

I've owned a few Laowa macros, and they're great. The 15mm f/4 macro is one of my favorite lenses of all. This MTF chart appears to show this 85mm lens as sharper in the middle half of the frame than the Canon RF 100mm Macro. I'm definitely getting this. The Canon is great for run-and-gun when you're forced to use open apertures and rely on IS without a tripod, but this looks to be more ideal for just throwing in the bag on a whim.
J

Love the people over at Venus. They are always coming up with interesting lenses.
Reactions: 2 users

It looks from the silence on the subject on their announcement and website that this doesn't have electronic communication / auto aperture? Though I love the design (sacrifice 2.8 for size!) and the EF (with auto aperture) is a wonderful lens, if it doesn't have auto aperture it will be very noisy focusing underexposed at f11 or 13 for flash-freezing insect macro... that's why I had to sell the ef-m version, no auto aperture so super noisy screen while focusing.
M

What a pity that this one isn't available in EF mount ... for dual quadruple use on EF, EF-S RF and M mount!
Reactions: 1 user

It's half the length (and much lighter) than the RF 100mm f/2.8 2x version. The downside being f5.6, which won't worry a lot of macro photographers, but will compromise the amount of bokeh that can be generated in some situations. And, yes, likely to be fully manual and no electronic coupling. It looks great from first glance. I don't need both it and the 100 f2.8, but for those looking for a lightweight macro alternative, it's a real option.

For those of you who follow Don Komarechka, he has a mini-review (of a sample copy of the lens) and also a sample shot using it, on his facebook feed this morning. He is very enthusiastic about it.

jvillain said:
Love the people over at Venus.
Click to expand...

When discussing Macro and AF, it's my feeling that with a 1x it makes sense as they usually double as great portrait glass. With any higher magnification it's (usually) strictly macro and manual focus is key. Makes sense for this lens.
Last edited: Nov 30, 2021
Reactions: 1 user

slclick said:
When discussing Macro and AF, it's my feeling that with a 1x it makes sense as they usually double as great portrait glass. With any higher magnification it's (usually) strictly macro and manual focus is key. Makes sense for this lens.
Click to expand...

That's very true
I think that is a very common misconception for many people .I had the 100mm 2.8 and it was my first ever macro and full manual lens. Was a bit wary at first but once the concept of magnification vs focus distance sunk in, I found it very intuitive. If you want 2:1, there's no focusing to be done, just getting closer or further since the lens will only give you 2x at the "closer end" of its focus. It took me a while to understand though. Macro is not easy

A very nice lens. I had it here for several weeks to try on my RP

I've far more pictures than I've included in the reviews, so if anyone has any specific questions let me know?

A note for some - I'm an commercial/industrial photographer, so for macro I don't tend to shoot living stuff and definitely not outdoors if I can help it


More images and detail are in the written article though