Skyscraperfan said:
Market research will probably say that McDonald's has the best food, because they sell more food than most other restaurant chains. Market research might say that K-pop is great music and that the Marvel movies are great cinema. The masses also buy overpriced s**t like an iPhone.

I wonder how much YouTube influences the decisions for video. It is an important platform, but is has a great bias for video, as all YouTuber create videos and most want video in their cameras. So when a camera comes without video or with "only" 1080p, they complain a lot.

Would we even have mirrorless cameras if it wasn't for video?

I wish Canon would at least give us the option of buying a camera without video. Leaving a feature away can't be very expensive.
Click to expand...

Well, I supposed Canon "could" sell you the exact same hardware they have now and just disable the video parts for you....

Not sure if they would cut the price of this "stills only" model for you tho....

Skyscraperfan said:
Market research will probably say that McDonald's has the best food, because they sell more food than most other restaurant chains. Market research might say that K-pop is great music and that the Marvel movies are great cinema. The masses also buy overpriced s**t like an iPhone.
Click to expand...

Attributes like 'best' and 'sh!t' are value judgements, that's not what market research is about. Market research may determine that McDonald's sells more hamburgers than anyone else, or that people prefer those hamburgers to other foods. Just because Canon sells the most ILCs doesn't make their cameras the best. But the fact that they sell the most cameras suggests that a majority of ILC buyers believe that Canon cameras are the best for them.
Reactions: 3 users
•••
Upvote 0

dtaylor said:
Where are you seeing this? Top pair from the normal dpreview scene, bottom from the low light scene (left side, i.e. lowest light). They're equal in the top comparison, and the R3 is maybe a hair better in the bottom (1/3ev or less).

How about this – you wait an ILC with a circular or square sensor and buy that. I wouldn't recommend holding your breath waiting, but it's your choice.
•••
Upvote 0

I want a true hybrid without sacrifice… a master at stills and a master at video. Isn’t that what Canon has already stated the R1 will be?
Reactions: 1 users
•••
Upvote 0

cayenne said:
Actually, as I understand it...The Hasselblad X2D has video coming in the somewhat near future with firmware updates.
I believe the X1D had video....and from what I read and hear, the X2D has it coming soon.

dtaylor said:
Where are you seeing this? Top pair from the normal dpreview scene, bottom from the low light scene (left side, i.e. lowest light). They're equal in the top comparison, and the R3 is maybe a hair better in the bottom (1/3ev or less).

Maybe you have to bumb up the shadows. The most significant difference between cameras is usually visible if you download the RAWs from Dpreview, and the bump up the shadows a few stops. Then you see huge diffrences between older cameras and newer ones in the bottles at the bottom. I did not compare the R3 and R5 so far in that way.
•••
Upvote 0
E

Kit. said:
How much does a weather-resistant RED body cost? Is it handholdable when used? How likely is it to survive, say, a cyclist crashing into it?
Click to expand...

That is backward.
That would be the Fuji naming system.
The 1DS was always the high MP slower version of the 1D.
Reactions: 1 user
•••
Upvote 0

lustyd said:
Not at all, I was just saying that people spending 10k for a camera to capture video are generally buying video camera bodies, not photo camera bodies. People buying mid to low end cameras don't have much choice if they want interchangeable lenses, hence the popularity of video in cheaper bodies. I just don't see it as a compelling feature in an R1. I've no issue with it being included, but to call it out as a major improvement seems odd in a primarily stills device.
Click to expand...

If that's the case, why doesn't any camera company have a camera that only takes photos? Especially as there most expensive flagship model

All the phone users will be so happy coz they will finally have more video capabilities than the best camera!

DBounce said:
I have video cameras… and I own the R3. I can tell you first hand I prefer having good video shooting capabilities in my hybrids bodies. I would not have purchased the R3 if it could not shoot video… and I will not purchase the R1 unless it excels in both video and stills.
Click to expand...

Right? It's assumed that a newer and more expensive camera (R1) will have all the capabilities of a older one (R5/R3) and surpass it if you want people to upgrade. If video on my R5 is better than the R1 why the fk would i spend another 10k to shoot higher than 45MP and have to switch back to the R5 when I need to shoot video... Ofc I'm going to sell the R5 and just use the R1 (unless I need a backup body for work that's a different story).
Reactions: 1 user
•••
Upvote 0
U 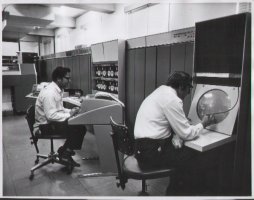 Could be the model they follow with future generations of the R3.

R1Media said:
Right? It's assumed that a newer and more expensive camera (R1) will have all the capabilities of a older one (R5/R3) and surpass it if you want people to upgrade.
Click to expand...

I suppose it depends on what capabilities you’re talking about. The 5Ds with 50 MP came out in 2015. There have been many Canon ILC models since then, including two 1-series bodies, none of which have surpassed that MP count.
Reactions: 1 users
•••
Upvote 0

If by sports leader you mean the highest FPS with the bust buffer, it is unlikely it will be the sports leader. Maybe Canon is changing how it places its cameras in the hierarchy. We will have to wait and see.
Reactions: 1 users
•••
Upvote 0
D

Skyscraperfan said:
I do not like the developement that more megapixels are now considered more premium or flagship than low megapixels. If you compare the R5 and the R3, you see how much better the R3 is in low light evne if you scale the R5 images down to the resolution of the R3. Is that just because of the stecked BSI sensor? I also hate that resolution decisions are taken with video in mind. So they might opt for 89.3 megapixels that are required for a 12K resolution, if I made the calculation right. Even for 8K a 12K oversampling would give good results, as it would basically use 9 pixels to get 4 pixels.

The "new ergonomics" sound scary. Please to not give us a tiny toy camera like that Sony A1 that still costs as much as a big camera!
Click to expand...

I would expect enough processing power that the R1 could do oversampling at least 20fps say to 20mp.
If the sensor was ~80mp (scaled up from R10 etc pixel density) then a 4:1 would be relatively simple to implement and be effectively 4x the pixel size.
•••
Upvote 0
U

neuroanatomist said:
Of course you don't. Like many deluded posters here, you think your personal opinions represent those of a large number or even the majority of other buyers, with zero evidence to support your belief. Dozens of times over the past decade-plus, people have predicted that if Canon didn't give them and all those masses they spoke for X or do the Y that they and all the masses they spoke for demanded, Canon's bottom line would suffer and they would dramatically lose market share.
What happened? Canon gained market share.
But hey, you go on predicting a big negative impact for Canon because of your personal opinions. Surely this time, you'll be right.
Click to expand...

Putting this out there as food for though

I agree that individual opinions or demands of posters in this forum are irrelevant in the big scheme of things for Canon.... but we can form some relative conclusions from forum posters vs the user base of Canon cameras in general in the world:

- There are more R5/6 owners (and xD previously) than in the general population
- There are long term users of both Canon and other ecosystems with experience moving up from xxxxD/xxxD/xxD etc to higher end models/lenses.
- That shoot a range of genres and have a reasonable understanding of the technical aspects of optics, sensors, patents and other technical parts of the systems
- There are both video and stills and hybrid shooters that participate
- There are participants who will actually purchase higher end bodies (Rx) and lenses (big whites and specialty lenses)
- We have both professional (define at your leisure) and cashed up prosumers as well as those that look to value for money.
- We have switchers and others that have owned multiple bodies and can provide subjective evaluations of the ergonomics
- Forum posters do a reasonable job in challenging wildly unrealistic posts than other camera forums ie the relative quality of the forum is higher than others

Clearly Canon Rumors is no replacement for a specific user group like agencies and single genre sports photograhers but...
Could Canon be actually using Canon Rumors as a focus (boom tish) group?
Should they use it as it is cheaper than running a separate focus group for marketing purposes?
Reactions: 2 users
•••
Upvote 0
D

It would need to be loss less though and cRaw is a lossy compression albeit pretty close to raw.
I would prefer a oversampling format rather than compression algorithm.
•••
Upvote 0
D

For giggles, my prediction for the R1 specs are....