Roger over at Lensrentals.com has completed some MTF testing of the new Canon EF 70-200mm f/4L IS II. A lens Canon has said will outperform it’s predecessor in every single way. Did they succeed?

At 70mm, it’s clear that the new EF 70-200mm f/4L IS II outperforms the previous version. As you can see from the MTF below, from the center of the frame to about 2/3 of the way out, the difference will be very noticeable. 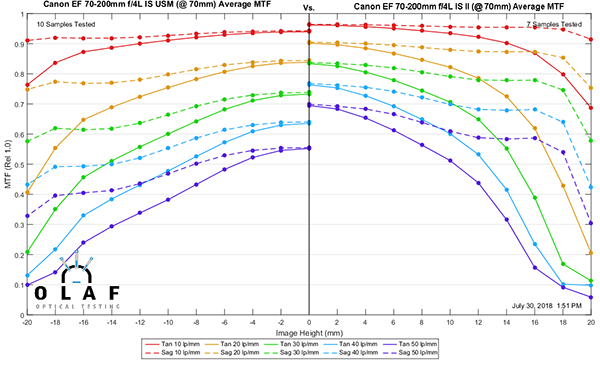 At 135mm, the previous version was better than it was at 70mm, but the new version is still showing how much better it is. 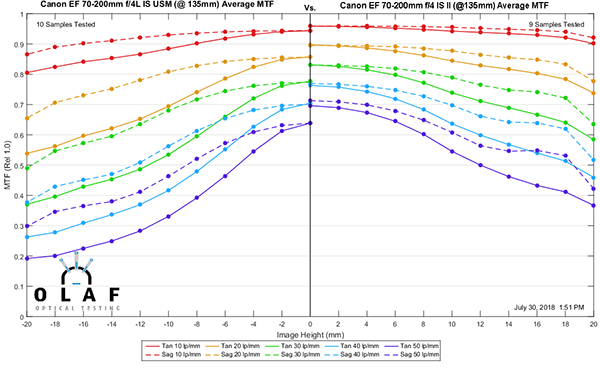 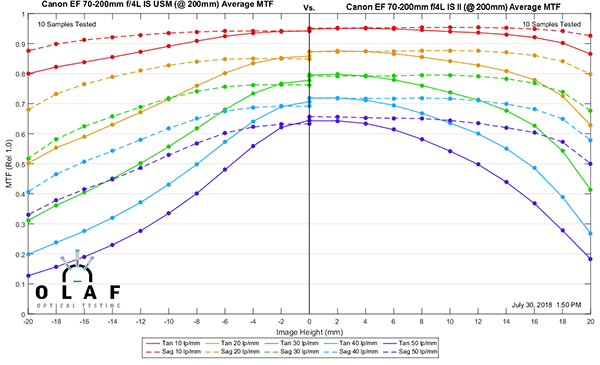 The new EF 70-200mm f/4L IS II is a better lens that its predecessor at all focal length, and especially at 70mm.

As far as copy variation, Lensrentals.com tested 10 different copies of the EF 70-200mm f/4L IS II and found “oustanding” consistency copy-to-copy. This lens shows the least variance between copies for a zoom lens that Lensrentals.com has ever tested.

It’s really, really good. It’s extremely consistent with low sample variation. Optically it’s everything I hoped for. Actual reviews are starting to trickle in, and if the IS and autofocus are as improved as the optics, this should be a home run for Canon.

You can read more about this optical review at Lensrentals.com as they also compare the EF 70-200mm f/4L IS II to the Canon EF 70-200mm f/2.8L IS II and f/4 offerings from both Nikon and Sony.

This topic was already started here.
Click to expand...

I was too late, thanks for the hint!

At 135mm, the previous version was better than it was at 70mm, but the new version is still showing how much better it is...
Click to expand...

Ended: Your favourite new lens from Canon in 2018