Since last week I am somewhat an happy owner of the 70-200mm.
The size, weight and construction was a very nice surprise. Image quality is almost prime like and very, very good, can I say “perfect”? (compared to its EF II sister). Especially wide open.
But here is the kicker, the AF performance is very fast and accurate in good light. But in moderate and low light the AF speed drops significantly and hunts very very badly. It reminds me of the Sigma lenses way back before the Art platform era, some 10 years ago.
Last Friday and Saturday I switched back to my adapted 85mm IS and 24-70mm II. And it was “happy” shooting again but I could not for the life me figure out what causes this.

I got so frustrated with it that I hurt my finger pressing the shutter to button in the hopes that it finally does something until I get a red square constantly and thought the hell with it.

See troubleshooting details below:
-Latest firmware installed on both the R and the lens.
-Happens with the RF 70-200mm ONLY.
-Other native and adapted lenses (all Canon) does not exhibit this in similar ambient light/camera settings.
-Adjusting minimum focus distance or IS settings did not change the behavior.
-Bumping the ISO improves it slightly, but not by much.
-At 70mm little to no issues, up until about 135mm it gets slightly worse. At 200mm is the worst offender.
-Subject distance far (about 15 meters) or near (close to minimum distance) did behave similarly bad with AF

I don’t have my EF version anymore, so I cannot really compare. Will do that later with a loaner of a friend.
Does any of you guys had the same/similar problem and what were your workarounds?
Last edited: Mar 10, 2020
M

If you can, ask for a replacement. If it can't be replaced, contact Canon or just send it to them for testing and repairs.

There is a very extensive review here, with extensive comments about the focusing. It is rated very highly. 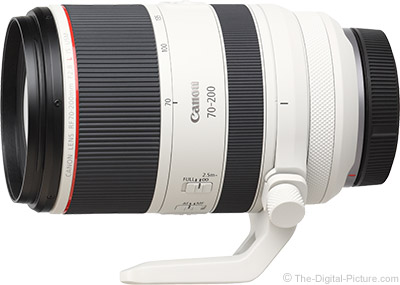 Is the Canon RF 70-200mm F2.8 L IS USM Lens right for you? Learn all you need to know in The-Digital-Picture.com's review!