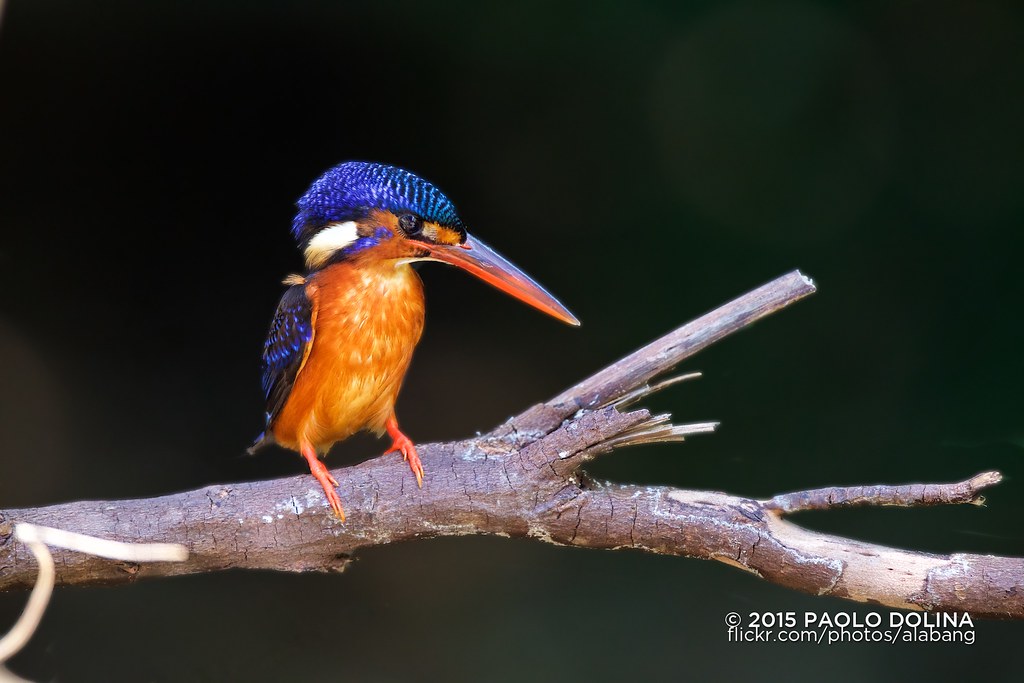 The blue-eared kingfisher (Alcedo meninting) is found in Asia, ranging across the Indian subcontinent and Southeast Asia. It is found mainly in dense shaded forests where it hunts in small streams. It is darker crowned, with darker rufous underparts and lacking the rufous ear stripe of the common kingfisher (Alcedo atthis) which is found in more open habitats. A number of subspecies have been described that differ in measurement and colour shade. Adult males have an all dark bill while females have a reddish lower mandible.

This 16 centimetres (6.3 in) long kingfisher is almost identical to the common kingfisher (Alcedo atthis) but is distinguished by the blue ear coverts, darker and more intense cobalt-blue upperparts with richer rufous under parts. The juvenile blue-eared kingfisher has rufous ear-coverts as in the common kingfisher but it usually shows some mottling on the throat and upper breast which disappears when the bird reaches adulthood. Young birds have a reddish bill with whitish tips. 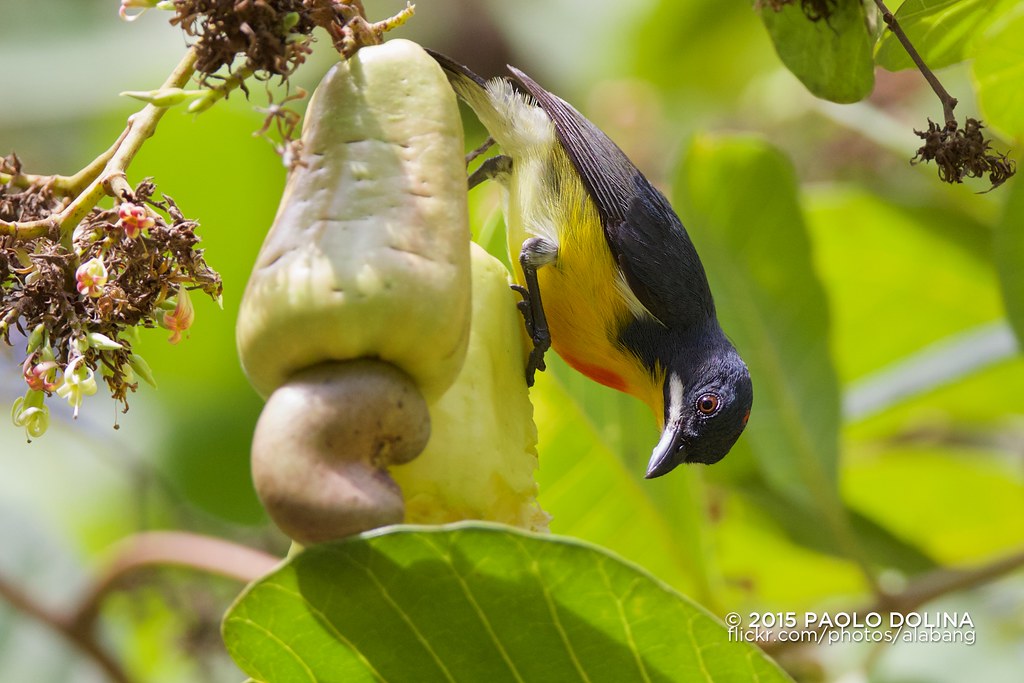 The Palawan flowerpecker (Prionochilus plateni) is a species of bird in the Dicaeidae family. It is endemic to the Philippines. 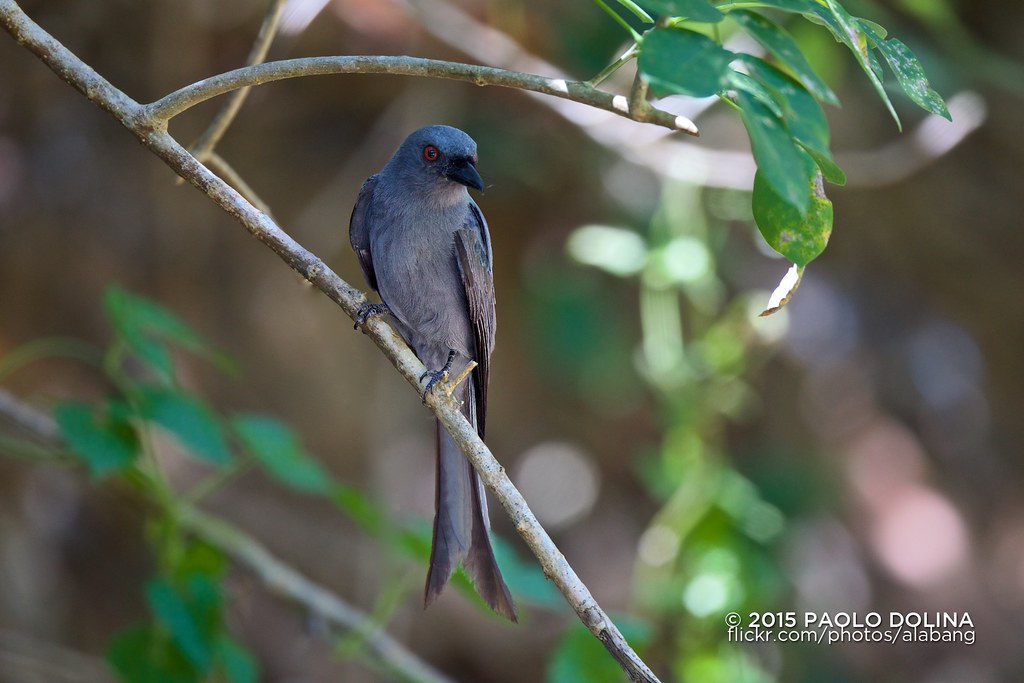 The Ashy Drongo (Dicrurus leucophaeus) is a species of bird in the drongo family Dicruridae. It is found widely distributed across South and Southeast Asia with several populations that vary in the shade of grey, migration patterns and in the size or presence of a white patch around the eye. 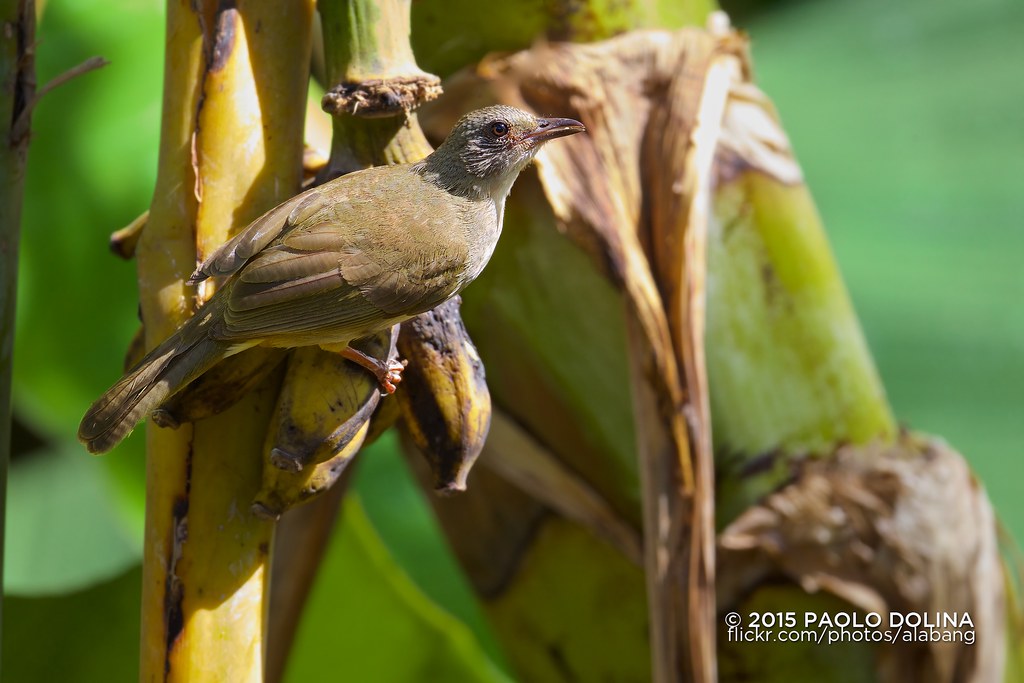 The Ashy-Fronted Bulbul (Pycnonotus cinereifrons) is a species of songbird in the Pycnonotidae family. It is endemic to Palawan Island in the Philippines. Its natural habitat is subtropical or tropical moist lowland forests. It previously was considered a subspecies of the olive-winged bulbul.

Paolo, if I may, what else is involved beside the 800mm?

Jack Douglas said:
Paolo, if I may, what else is involved beside the 800mm?

Jack
It tells you on the Flickr site. A 1DIV! Instead of upgrading your body just upgrade your glass to a 800/5.6.
Alan

Alan, you have it all wrong! What I need to upgrade is my skill level, big-time.

However ........ If some of those colorful guys would show up here I think I'd be learning like crazy.

I used a tripod and gimbal head. As mentioned the body attached is the 1D4.

I did not upgrade to the 1D X as I see as a sports/photojournalist body as the pixel density was less than the 1D4.

As for lens, body and gear vs skills it really depends on what you are trying to accomplish.

After 5+ years of use I know gear mentioned like the back of my hand.

What I would like to do is improve my skill with artificial light and remote shooting. The site in Coron, Palawan allows for more creative photography as the birds are very tamed by Philippine standards.

Thanks very much Paolo. I see what you mean!!

Have you shot that woodpecker that looks similar to the Pileated? Crazy colorful.

Jack I believe I saw it but it was too quick for simple old me. :'(

I know Maia personally and have licensed my images to her for free for her lectures to her students.

I did so cause she was pretty. <blush>

If you have free time now is a good time to fly over Jack.

Email Chin Fernandez at dipulao@gmail.com. He is the tour operator that specializes for birders in general. He knows birder workflow and your requirements. He can handle accommodations, transportation, food and other logistical matters. His family owns a hotel near the birding site. Tell Chin your dietary requirements when corresponding with him. As a culinarian I found his thoroughness surprising by local standards.

Food & drinks provided and delivered by Chin to the birding site if I recall correctly is 300/person.

Entrance fee is 250/day and guide fee is 1,000/day. Erwin, the guide knows how to use both Canon and Nikon cameras for framing. He can also carry stuff for you.

My advice is to look for bird calls and keep it in your smartphone for playback. The guide does not have any device on him and that was a mistake on my part.

A bird list for coron and Palawan are a googl search away.

I am not a guide but I would like to "push things forward" for other photogs.

Paolo, if I was not an old retired guy with a wife I'd be over in a wink looking at the birds and the girls. You should have informed me 30 years ago!

But all this is very intriguing and I'll be giving it some thought for another year. What's the best time of year for photography and decent weather?

I did spend quite a bit of time looking at the amazing number of amazing birds around there. You are as lucky as anyone short of maybe the Amazon. In a month and a half I'll be heading here:

Once I was to drop down into the jungle of Peru but the plane got turned back due to bad, really bad, weather and our plans wouldn't allow a return trip. Nice to dream but plane fares are pretty expensive for average folk like us. Keep posting your amazing photos.

The birding site in Coron, Palawan is perfect for old retired guys. I would consider it "stupid easy birding". The van takes you from your hotel to the site and you walk at most 60 feet to a 2 level hut that has a ceiling fan. Guide will carry your bag for you.

You get about about a dozen endemics right there.

First week of March was when I flew over to Coron, Palawan. Perfect birding weather as it was cloud-less.

This Sunday a few friends are going up a mountain for a 3 hour hike with porters to carry their gear and possibly then. Both gents are in their 60s. I'm half their age but will just stay at basecamp as I fear mosquitoes.

The target bird is the Whiskered Pitta. 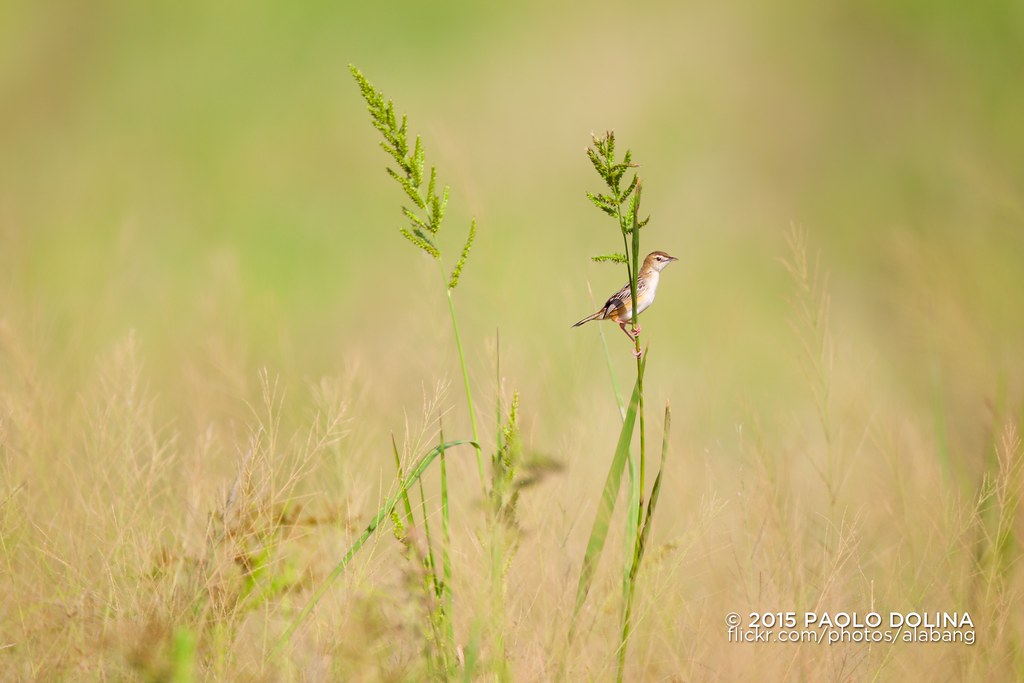 The frame is purposed for a 20-inch by 30-inch or larger printed surface.

Framed in camera, no crop. Best viewed full screen on your device display at the following sites below

The zitting cisticola or streaked fantail warbler (Cisticola juncidis), is widely distributed Old World warbler whose breeding range includes southern Europe, Africa (outside the deserts and rainforest), and southern Asia down to northern Australia. A small bird found mainly in grasslands, it is best identified by its rufous rump, lacks any gold on the collar and the brownish tail is tipped with white. During the breeding season, males have a zigzagging flight display accompanied by regular "zitting" calls that has been likened to repeated snips of a scissor. They build their pouch nest suspended within a clump of grass.

Hey Paolo, I still enjoy pretty vigorous hiking but who couldn't handle what you describe! Worth keeping in mind. You did have to mention mosquitoes!?

This photo will look great in the size you describe, very nice.

High praise Jack and thank you. There is a Facebook-based photo contest right now whose theme is "Bird with Melted/Creamy Bokeh". The submission that wins will get their work printed for free on a large surface (I'm thinking 3 feet by 2 feet) and be displayed during a trade show for creative & print professionals.

Exercise for anyone is a must. Wish I get to bird everyday as it gets me to do it for long periods of time without boredom setting in.

The 3 hour hike is 3 hours drive from where I live. Although a lot of birders have visited the place I have not.

Cropping done upon suggestions made. 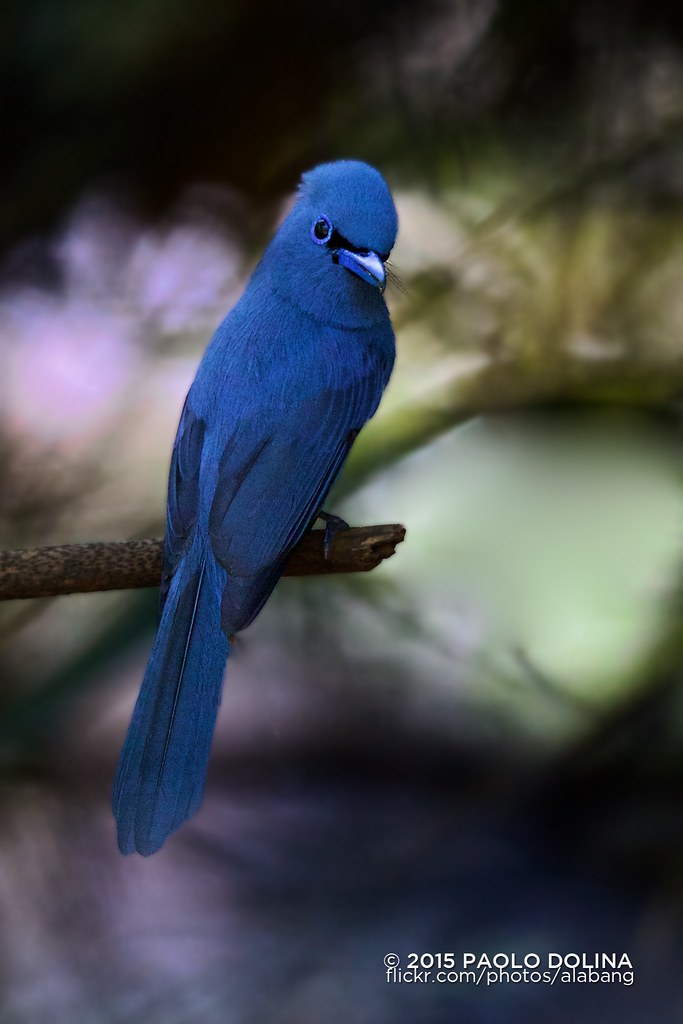 Just testing the high ISO of the 5DS R on subjects that it was not marketed to handle. 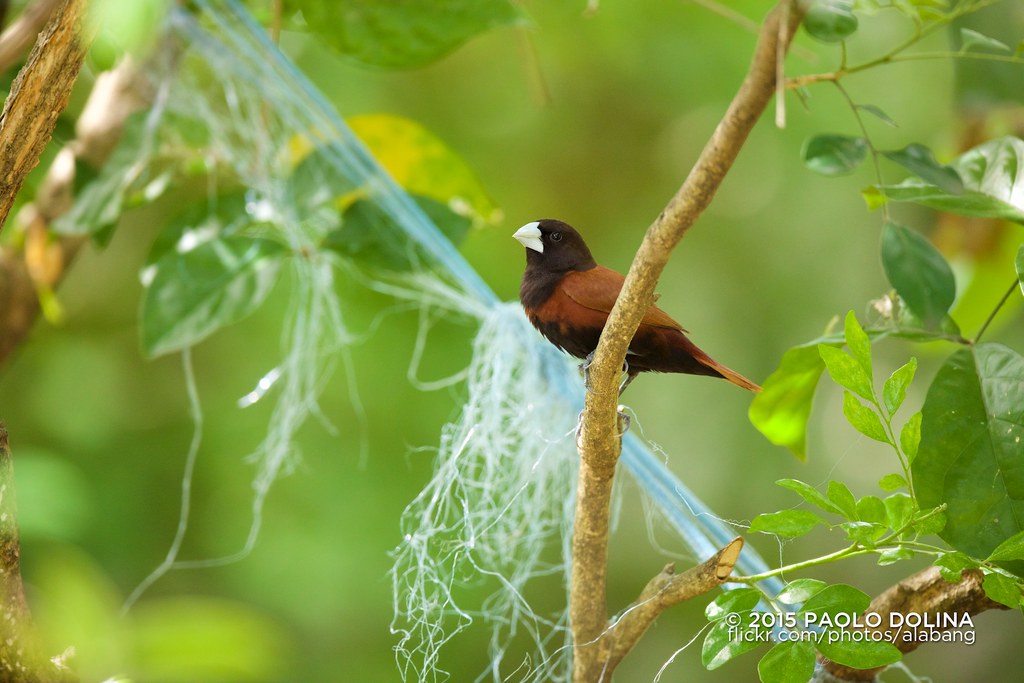 Before 1995, it was the national bird of the Philippines,[2] where it is known as mayang pula ("red maya") because of its brick red patch on the lower back which is visible only when it flies. (This distinguishes it from other birds locally called maya, notably the predominantly brownish "mayang simbahan" (tree sparrow)[3] which is more common in urban areas.) 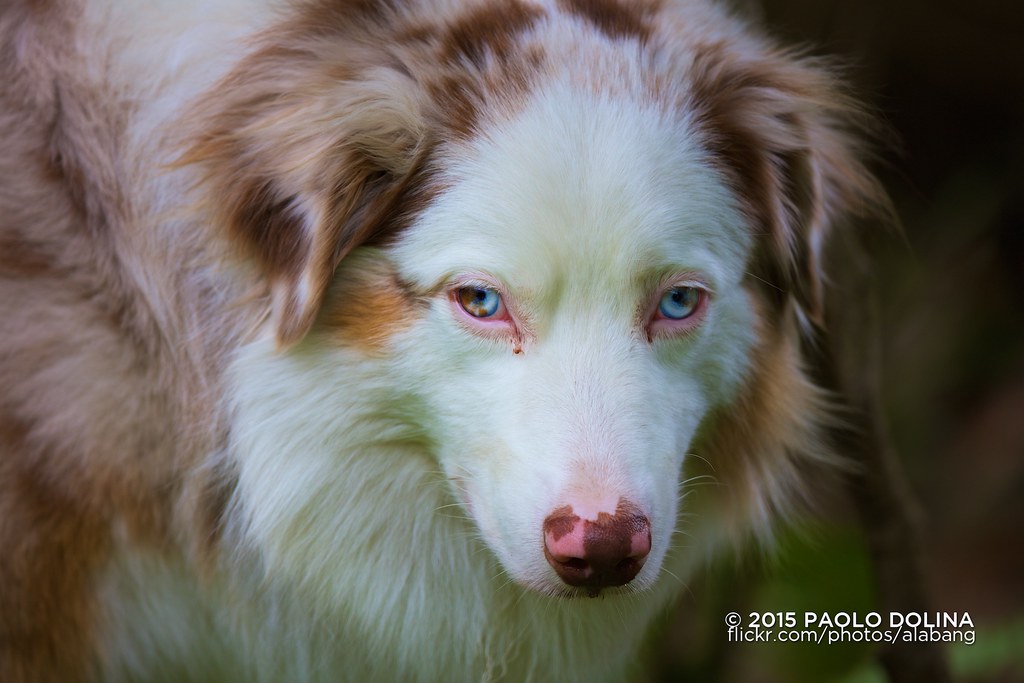 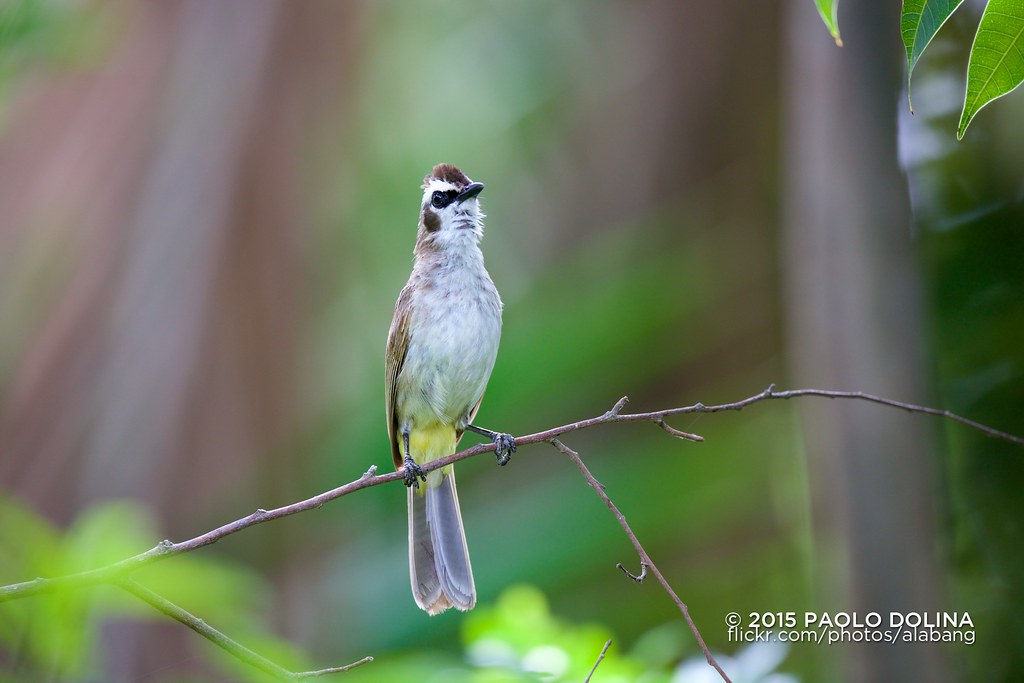 The yellow-vented bulbul (Pycnonotus goiavier) is a member of the bulbul family of passerine birds. It is resident breeder in southeast Asia from southern Thailand and Cambodia south to Borneo and the Philippines. It is found in a wide variety of open habitats, but not deep forest. It is one of the most common birds in cultivated areas. They appear to be nomadic, roaming from place to place regularly.

The yellow-vented bulbul builds a well-camouflaged but fragile, loose, deep, cup-shaped nest from grass, leaves, roots, vine stems, and twigs. The nest is untidy on the outside, but it is neatly lined with plant fibers. It may be built in a wide range of places from low bushes to high trees. This is a species adapted to humans and may even nest in gardens. The yellow-vented bulbul lays 2–5 eggs in February to June.

The yellow-vented bulbuls eats berries and small fruits. They also sip nectar, nibble on young shoots, and take some insects.

Is the EF purge beginning? The EF 200mm f/2L IS USM is now listed as discontinued