goldenhusky said:
Thanks!!! I did not know Leica had the M series prior to BMW
Click to expand...

When Leitz started the 35 mm market with their first Leica, BMW was only producing motors for airplanes and motorcycles ;-). And when Leitz at Wetzlar came up with the new M series in mid Fities, BMW cars had names such as Isetta...

Kudos to Nikon, I have to say. Their presentation of the Z series will kick Canon to come up with something real in the ML FF world soon. Canon always watched carefully what Nikon does - and vice versa.

So, the new Nikon doesn't seem to be fully weather sealed. The promo material just claim "dust and drip protection", which doesn't really mean anything. No different to the Sony which isn't sealed either.

So, if Canon can do a properly sealed mirrorless system and use that heavily in their promos (people shooting in jungles, in the rain, in the desert, etc) they could certainly stand a better chance in the market.

But other than that, I'm worried. The new Nikon is pretty much up to the Sony standard in capabilities. Canon has some catching up to do (for example lack of IBIS) in order to compete with Nikon or Sony in the mirrorless space.
R

arashm said:
I just can't believe it's a single media card slot for both Z6 and Z7....
Click to expand...

Yeah, quite a few are upset at this missing feature already from what I'm seeing in spec announcement videos online. Unless Nikon somehow adds a second memory card slot into the upcoming battery grip for the Z6 & Z7, at least some professionals are going to be looking elsewhere for a new mirrorless camera.
Last edited: Aug 23, 2018
P

For me as a non-E-mount Sony user, the Z6 is indeed very interesting, compared to the A7iii at least. Seems to be better in every way except for the single xqd slot, which was a bit of a surprise. Not a big deal for me though, I have gotten by with a single-card setup for years. I suppose they had a choice of dual SD cards or single XQD/CFExpress and decided the latter was the best move after receiving input from their test group. There are some rumors though regarding a clever dual SD setup...

Will be interesting to see what canon have been up to. Also looking forward to actual reviews on the Z.

jolyonralph said:
But other than that, I'm worried. The new Nikon is pretty much up to the Sony standard in capabilities. Canon has some catching up to do (for example lack of IBIS) in order to compete with Nikon or Sony in the mirrorless space.
Click to expand...

Who says Canon won't go for IBIS on its upcoming FF mirrorless? Before the Z6 and Z7 announcement, Nikon didn't have one APS-C or FF camera with IBIS. The Z6 and Z7 look promising for Nikon's first offerings into the FF mirrorless market, but they are also lacking some key features that Canon could easily capitalize on (true weather sealing, duel memory cards, Duel Pixel AF, possible native EF mount, etc).

I imagine Nikon are leaving room for a pro (A9 class) mirrorless with dual card slots later, at a higher price.
Reactions: 1 user

No doubt. As I said in an earlier forum here, both Canon and Nikon need to get their flagship pro model perfectly correct the very first time. The EVF is a main holdback. It’s got to be a killer on a $6,000 camera.

jolyonralph said:
So, the new Nikon doesn't seem to be fully weather sealed. The promo material just claim "dust and drip protection", which doesn't really mean anything. No different to the Sony which isn't sealed either.
Click to expand...

On the Adorama page it says this:

And that's the kind of thinking Canon and Nikon have done in the past, which is why some people bash them for holding back major features on lower end models. If Sony can put features like duel card slots on their A7III ($2,000 price point), then there's no good reason why Nikon couldn't have at least done so on the $3,000+ Z7.
Last edited: Aug 23, 2018

Looks like a great body. Adapter will allow older Nikkor lenses to be used on the body - not sure if there will be an adapter that works the other - I don't think it will be possible since the lens would need to stick to far into the body.

Questions/concerns - battery life is rather poor. But this not surprising since the camera is much lighter and smaller.

Will older nikkor lens focus just as fast with the adapter as new Z lens?

Sharlin said:
What would that ugly protuberance in the adapter be if not housing for a screw-drive and aperture control motor?
Click to expand...

Someone on another thread has guessed that as well. We'll find out in a few hours, I guess.
Click to expand...

So apparently there's aperture control but no AF drive. Interesting. 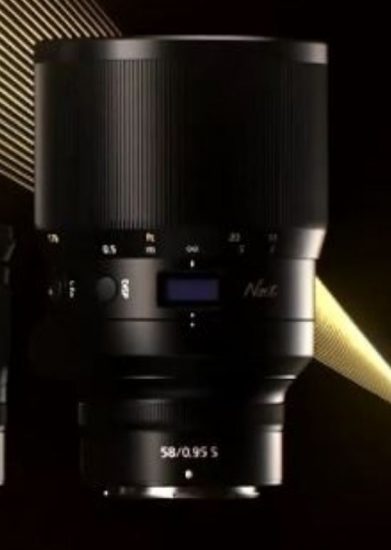 How long has Nikon wanted to be able to do this? I'm strangely cheering them on here.

The new Nikon Z lenses are not exactly lightweight. Hmmm...

interesting tidbits from Thom Hogan. he claims:
* Z6/7 wheather sealing to be equal to D850 (which is pretty good, although camera makers really should specify intrusion protection as a clear, guaranteed IP## rating, just like pelicase etc. do)

* focus rings on all z-mount lenses to be user-assignable for different functions - eg aperture setting ... if true, i would love that, since i hardly ever use manual focus

yes. z-lens prices are also as ludicrous as Sony FE.

i expect such lenses to be sized, weighted and priced like the excellent Canon 50/1.8 STM = 125 bucks. that's a fair price for a decent lens.
F

as to Z6/Z7 memory card: no matter if it is single or dual slot: i will not buy anything using exotic, hard to get from only 1 or 2 suppliers XQD cards.

quite interesting to watch Nikon going solo further out on the XQD limb when it is already clear that this card format will never make it to "industry standard". not even sony makes xqd only cameras. oO

personally, my preferred setup would be dual UHS II MicroSD slots and cards. more than fast enough for any kind of stills shooting and dirt cheap big capacity cards easily available from multiple suppliers.
Show hidden low quality content
You must log in or register to reply here.

Nikon officially announces the Nikon Z 9, and it’s a remarkable $5499