SIGMA Corporation is pleased to announce the launch of “SIGMA fp,” the world’s smallest and lightest full-frame mirrorless digital camera*. The SIGMA fp incorporates a 35mm full-frame Bayer sensor with 24.6 effective megapixels in a compact body, and boasts great versatility and scalability that allows mixing-and-matching of a variety of interchangeable lenses and accessories. It is a camera that is casual enough to take anywhere, anytime, and high-spec enough for serious still and cine shooting in the highest image quality, all in a robust and classy body.

Regardless of the differences in shooting scenes and styles or genre boundaries between stills and videos, this new camera is set to expand the freedom and possibilities in image shooting and art creation further than ever before. A “pocketable full-frame” camera: SIGMA fp, is now available.

The environment that surrounds shooting and art creation is undergoing radical changes. In this day and age when one user may have both a high-performance interchangeable lens camera and a smartphone camera, using them flexibly according to specific purposes and settings, SIGMA stopped and questioned the inherent value of a digital camera.
As a result, SIGMA set itself to develop a user-oriented digital camera that reflected the idea of “how a camera can be” in a more flexible and true-to-life manner, without conforming to manufacturers’ ideas of camera-centric categories and hierarchy.

The “smallest and lightest body possible” with which one can express their creative ideas whenever they want, combined with a “full-frame sensor” that is suitable for serious occasions without compromising on image quality, and “superb build quality” that makes the camera the perfect linchpin of a high-performance lens system.

An “open and liberal system” that allows one to pair the camera with lenses and accessories, whether from SIGMA or other brands, using a variety of attachments, complete with “versatile scalability” that makes the camera adaptable to any scenes.

A “highly intuitive UI” that allows one to move between full-fledged still and cine shooting modes with just one finger, making for a “seamless and truly creative tool” that goes beyond style and genre differences.

Making it a top priority to realize these three concepts all at once and without requiring any trade-offs, SIGMA selected only the elements and mechanisms that were truly needed with no compromise to create the SIGMA fp as the embodiment of an “entirely new digital camera that SIGMA can offer to the world right now.”

It’s a camera body that changes its configuration with great flexibility centered around the user. It’s a tool that gives the user the joy of a new camera life that they themselves are yet to discover. It’s a new system camera that will overturn the paradigm of “digital cameras.”
The SIGMA fp is here to broaden the potential of “image shooting” ad infinitum.

With overall dimensions of 112.6×69.9×45.3mm and body weight of 370g, without battery and card, the SIGMA fp is the world’s smallest and lightest full-frame mirrorless camera*. It employs a back-illuminated 35mm full-frame Bayer sensor with 24.6 effective megapixels for high-quality images.

Covered on the front and back sides with die-cast aluminum alloy for its superior robustness and thermal conductivity, the compact body of the SIGMA fp is built with a signature heat sink structure and sealing on 42 points for a dust- and splash-proof structure, making it a perfect camera to use for long hours under all types of environments. With its small body and great adaptability, the SIGMA fp enhances the joy of full-frame image quality, no matter what one’s shooting settings may be.
＊As of July, 2019.

Electronic shutter for a variety of settings

“Able to shoot whenever you want, wherever you want”―to realize this concept, the SIGMA fp incorporates a construction without a mechanical shutter for quiet shooting. This allows shooting without worrying about noise in a situation where one would have hesitated with a conventional camera because of its shutter sound. It gives no shutter shock even when shooting in quick succession at a frame rate of 18 frames/sec. eliminating even the tiniest shakes.

In addition, the absence of a mechanical shutter, whose performance level can change through continuous operation, means that the SIGMA fp is a camera with improved reliability.

The SIGMA fp is a frontrunner in incorporating functions that help exploring the photographic and cinematic creations.

For instance, in addition to a number of different color modes, the SIGMA fp has newly introduced the “Teal and Orange” mode, inspired by the color grading technique commonly used in Hollywood films. Each mode has a slider that enables adjustment of the strength of the effects to apply, providing even greater control in one’s creations.

The SIGMA fp is the first SIGMA camera to employ a tone curve adjustment function in addition to “Fill Light”, a special adjustment function of SIGMA Photo Pro, and they are both available in-camera. It has also newly introduced “TONE” and “COLOR” buttons for a quick access to each of the tone control and color mode menus. With these enhanced functions and a variety of operation elements, the SIGMA fp makes it simple and easy to create an image, in-camera with great details, be it still or video.

The SIGMA fp employs a number of advanced technologies for image and video generation.

The Auto HDR function takes advantage of an electronic shutter to take multiple pictures of different exposures (3 frames for still photography and 2 frames for video) at once, which can then be merged into a single picture or video with a great dynamic range that could not have been achieved in normal shooting.

The Cinemagraph function, meanwhile, achieves a hybrid between still photography and video in the form of animated GIFs in which parts of a still image keep moving. With this function, the SIGMA fp is capable of creating Cinemagraphs in-camera.
Note: The Auto HDR function in the Cine mode and the Cinemagraph function are to become available via firmware update scheduled at a later date.

The SIGMA fp uses the L-Mount*, characterized by a short flange focal length, large diameter, and superior durability. For interchangeable lenses, in addition to the wide-ranging choices of SIGMA lenses, other manufacturers’ lenses can also be an option through the L-Mount Alliance with Leica Camera AG and Panasonic Corporation. With the SIGMA MOUNT CONVERTER MC-21, SIGMA SA mount and SIGMA’s CANON EF mount lenses can be used, making the best out of one’s lens investment.

*The L-Mount Trademark is a registered Trademark of Leica Camera AG.

For raw video data, the SIGMA fp supports 12-bit CinemaDNG external recording. With 4K UHD/24fps recording, it produces video data that can be used even in filmmaking. It also supports ALL-I recording which is optimal for editing H.264 compressed videos.

For video output, it uses USB3.1(GEN1), which allows a smooth data transmission to an external recording unit. As it also supports cinema camera-like user interfaces, the SIGMA fp is a camera that can be taken straight to video production settings.

Note: The feature of playing CinemaDNG footages in-camera is to become available via firmware update scheduled at a later date.

Going from the Still mode to the Cine mode at the flip of a switch. Each mode comes with a specially designed operation system and displays, making it possible to concentrate on shooting in each mode, stress-free.

For more about other features, please refer to the link : https://www.sigma-global.com/en/cameras/fp-series/main-feature/

Wow! I certainly did not see this one coming.

Could be a great video camera, not so sure about stills, though (only electronic shutter, no OIS, no EVF), but interesting anyway.
A

should be relatively cheap as well...no shutter mechanism, no EVF..probably using the sony 24MP sensor...
Q

BurningPlatform said:
Wow! I certainly did not see this one coming.

Could be a great video camera, not so sure about stills, though (only electronic shutter, no OIS, no EVF), but interesting anyway.
Click to expand...

Could also be a nice timelapse camera.
T

Bayer sensor???? NOOOOOOOOO
A full frame foveron sensor with 3x24 MP, and a sensible lens mount (Canon please, but L mount if not), and I would be in the queue.
P

WOW! This looks incredible great for travel! Thats what I hate about my Canon 5d -> its realy big and bulky for a full day of hiking. A sony a6400 would be a nice option, but I like the fullframe...
This camera looks like its perfectly tailored for hiking! =)
P

This is incredible! =)
U

peters said:
WOW! This looks incredible great for travel! Thats what I hate about my Canon 5d -> its realy big and bulky for a full day of hiking. A sony a6400 would be a nice option, but I like the fullframe...
This camera looks like its perfectly tailored for hiking! =)
Click to expand...

Provided you don't need a viewfinder.
Reactions: Dantana and canonical

Pocketable as long as you don’t have a lens mounted.
Reactions: Normalnorm, FramerMCB, Sharlin and 2 others
U

neuroanatomist said:
Pocketable as long as you don’t have a lens mounted.
Click to expand...

Love the form factor, only slightly bigger than G5X II. Close to what I want, but just like Sony RX1-R II still not really right.

Also "more than nice to have" would be

neuroanatomist said:
Pocketable as long as you don’t have a lens mounted.
Click to expand...

If I've learned anything from the Sony fanbois it's that all you need is a body that has a sensor with good DR. Lenses don't matter.
Reactions: FramerMCB, motofotog, Jasonmc89 and 2 others

flip314 said:
If I've learned anything from the Sony fanbois it's that all you need is a body that has a sensor with good DR. Lenses don't matter.
Click to expand...

There’s an easy solution, and I’m sure it won’t be long until there’s one available for the L-mount: 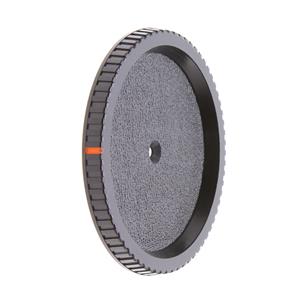 neuroanatomist said:
There’s an easy solution, and I’m sure it won’t be long until there’s one available for the L-mount:

You get a much better f-number if you use nothing at all. The bokeh is fabulous!
Reactions: lo lite, FramerMCB, funkboy and 3 others
G

People seem to be forgetting that it’s no longer “pocketable” once you have a lens on it.
C

gmon750 said:
People seem to be forgetting that it’s no longer “pocketable” once you have a lens on it.
Click to expand...

Will be interesting to see what lenses Sigma will bring for L-mount. Panasonic obviously means BIG and expensive. Not to mention Leica.

gmon750 said:
People seem to be forgetting that it’s no longer “pocketable” once you have a lens on it.
Click to expand...

Neuro wrote that a few posts back so it must be very forgettable.
Reactions: Sharlin, Pape and unfocused

neuroanatomist said:
There’s an easy solution, and I’m sure it won’t be long until there’s one available for the L-mount:

Great concept from Sigma. I hope it's the first in a series of fully modular components. My EF 35 f/2 IS would pair very nicely on a gimbel I think.
Show hidden low quality content
You must log in or register to reply here.