M. D. Vaden of Oregon said:
On the other hand, there's a review or two for the new Fuji GFX 50 or 100 showing that its IBIS seem much more effective hand held.
Click to expand...

The GFX 50 doesn't have IBIS, but from experience, IBIS on the GFX100 is pretty much a miracle. When you get in to sensors 50mp and above, getting sharp images handheld, or even on a tripod, can be tricky. I've gotten decently consistent sharp images, handheld with the GFX100 down to 1/.5xSS, which really shouldn't be possible with a sensor of this pixel pitch. If canon is to arrive with an 83mp sensor next go-round, it will need a system even more accurate than the one on the GFX100. That combined with their new beachin' R glass will make a very competitive system, as long as the AF is accurate (BTW..good ibis helps with on sensor AF, so there's that). Oh, and the GFX100 IBIS on a tripod seems to be just fine, despite what you might have heard. I think this notion really applies more to video than stills.
Reactions: CanonFanBoy and raistmaj
D

mjg79 said:
However I wouldn't be shocked if it isn't a priority for Canon.
Click to expand...

I bet it isn't but it is being forced down their throats by the competition.
Reactions: CanonFanBoy
M

YES YES YES ... because this is a brilliant lens only lacking some stabilization without lugging a tripod around! (Maybe it is the uncritical f/5.6 + the 7-lens-construction which gives it good contrast).
A

Indeed. But will they include it in a photo camera or keep it for the cinema line?
B

David Hull said:
I bet it isn't but it is being forced down their throats by the competition.
Click to expand...

IBIS can be a high Canon priority whether or not they are responding to competitive pressure. There real question is how Canon's answer will compare to the competition.
Reactions: sdz
R

Shooting primes without IS and no tripod without the need to bump your shutter speed to crazy values. With the new bodies with 30 or more mp (remember the rumors of 84mp) I CAN'T shoot a 135/105 at 1/250, 1/300, I still get some images movement, I needed to use 1/400 and if you use flash, that means HSS that outputs less light and is a bit trickier to work with than normal sync speeds.

A lot of us need the IBIS thing that is missing on Cannon.
Reactions: fox40phil and sdz
G

Well....Ibis is great to have in video when you shoot video handheld. Is also a good ad of stabilization in handheld photo shots, but dont think is somekind of magic or you will forget your tripod.

From my perspective, i use IBIS in Sony a7R3 and the biggest advantage is to buy non stabilized lenses like the new ones from tamron (17-28 F2.8; 28-75 F2.8). So to me this is the big advantage, smaller and cheaper non stabilized lenses.
As a user perspective i dont see too many advantages, but is a good thing to have. And this is my point of view because for steady shots on video I use a gimbal or a Tripod. IBIS dont substitute neither!

Sony always hyped so much IBIS stabilization because of Vloggers. For me this are the ones that benefict the most of the IBIS. However....like i said before....its a great thing to have when you´re on a run shooting video and dont have a tripod, or if your lens is not stabilized.

For photography it can help you making shots with slower shutterspeed, like you can grab a 1/5 shot without a tripod with a 15/16/17/24mm lens. More than that I find hard to see a good pic.

In conclusion, it will be great to have on Canon Bodies, and i am curious to see how good it is and what the behaviour with the IS on lenses!
With or without IBIS just put the god Damn pro bodies outside!

Finishing line: Canon was right on this one: IS makes the same thing, or maybe better in stabilization!
Reactions: unfocused

masterpix said:
Raise my hand, does anyone listen? 7DIII? that would be the best way to test this..
Click to expand...

Still think there is a chance for an R mount crop.
Reactions: fox40phil, Jasonmc89, CDR and 2 others
R

The patent does provide a lot of detail, but just describes the idea of using a Halbach Array as a motor. The detail is there to differentiate this invention from similar motors used by other camera manufacturers. They all use a Voice Coil Motor, but in order to preclude patent infringement, it has to be sufficiently different.

It looks to be very simple to make, magnets and stamped frames with a rectangular flat coil.

I'd guess that this will be the basis of any stabilizer, but none of the electronic sensors or controls are part of the patent, just the drivers to move the sensor.
Reactions: pj1974, sdz and HankMD
B

mb66energy said:
What about M5 mk ii or M50 mk ii? Smaller sensors have less mass and might be moved with a simpler setup: A linear factor of 1.6 grows to 1.6³= 4 in terms of volume and hence mass ... And the EOS M series isn't that critical in terms of bad press if the system doesn't work good enough for the most critical users.

But maybe you are right because if that system adds 400 $ / € to the camera price it will be swallowed by the prices of expensive FF cameras while 150 $ / € would be prohibitive for APS-C cameras especially a M50 mk ii.
Click to expand...

At this point, it's hard for to imagine the high res FF mirrorless camera without IBIS.
U

scyrene said:
...so instead of taking a big burst hoping one lacks motion blur, IBIS could mean you only need to take a couple to be sure, saving time and memory card space.
Click to expand...

How does any kind of image stabilization prevent motion blur?

To keep iso down. Having said that in 'normal' shooting even crop. camera iso performance rarely pushes iso to unusable levels in my personal experience.

mjg79 said:
As I understand it there are many detailed patents that never get produced so I think we have to wait and see.
Click to expand...

To be fair, Canon's done more IBIS patents than I care to count. There's a lot that I read and skip, simply because I can't figure out what the freaking patent is about enough to write it up in plain english. Same goes with sensor patents but that's alot more than IBIS patents about (50-75% of them i skip). I have 10 patents collected under IBIS of this nature, and there's probably 5 or so that I didn't' publish.

Someone emailed me yesterday about another IBIS patent, I had it partially written up but thought it sounded dumb, so didn't publish. after I got the email, I went .. meh what the heck and published it but left the date post-dated so hardly anyone would see it 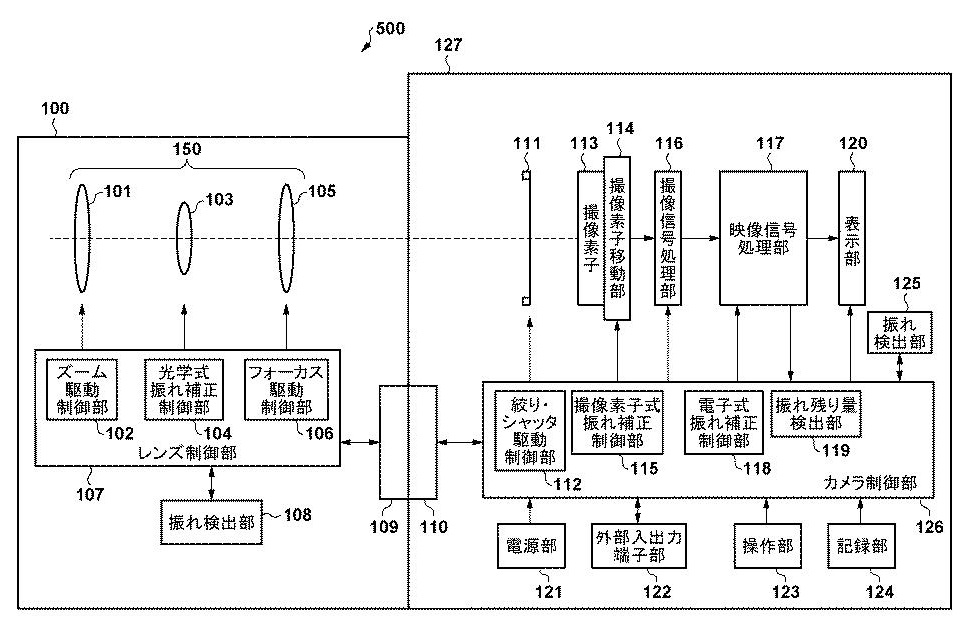 In this latest IBIS (In body image stabilization) and IS (lens based stabilization) patent application, Canon details methods to improve the accuracy of the IBIS + IS stabilization. While I know some will want to see IBIS on your favorite DSLR, most of these patents discuss high speed...
www.canonnews.com

In a way I am jealous of Keith of NL, because he just does a one-sentence summary and done

So while sure, a patent here or there maybe for no great reason, but an entire collection of patents, no, I don't think Canon would spend that kind of R&D, legal and actual costs if they weren't going to use it.
Reactions: BurningPlatform and flip314
D

BillB said:
IBIS can be a high Canon priority whether or not they are responding to competitive pressure. There real question is how Canon's answer will compare to the competition.
Click to expand...

I expect it will be pretty good. Canion has had a lot of time to work on it and the competitive products have been out there for a while. They have the advantage of having seen all the other offerings, fiddled with them, taken them apart and learned their weakness and all. Sometimes it is good to come from behind.
Reactions: sdz and unfocused
U

privatebydesign said:
To keep iso down. Having said that in 'normal' shooting even crop. camera iso performance rarely pushes iso to unusable levels in my personal experience.
Click to expand...

I was thinking in terms of the subjects. 400 mm primarily used for wildlife, birds and sports. I suppose for a large slow moving mammal at rest or a bird sitting in a tree you might be able to shoot at 1/50 of a second, but that's not generally my experience.
Reactions: pj1974
D

It’s important addition and I am excited to see canon implement it. Canon should frankly simplify lenses and focus on ibis. It’s a more efficient model as it pertains to weight, costs and need. Non stabilized lenses will also benefit.

Now if they could just hurry on the high speed R or whatever they’re gonna call it then I would be happy
Reactions: navastronia

Macro for the shy shooter (voyeurism?)

unfocused said:
I was thinking in terms of the subjects. 400 mm primarily used for wildlife, birds and sports. I suppose for a large slow moving mammal at rest or a bird sitting in a tree you might be able to shoot at 1/50 of a second, but that's not generally my experience.
Click to expand...

Ah of course there are always exceptions.

I used to cover this three day festival each year so used the settings a lot.

Reactions: cayenne, Jack Douglas, johnb and 2 others
Show hidden low quality content
You must log in or register to reply here.

Another Canon Patent on IBIS + IS