padam said:
No, you can only make one for SLR lenses where there is space for additional elements.

The RF lenses have a much newer, faster 12-pin communication system, e.g. they are not backwards compatible with anything, only RF-mount cameras.
Click to expand...

geffy said:
you can increase the film plane distance with lenses
Click to expand...

If you want to end up with something that does not focus to infinity then sure.

Again, as I said, the Speed Booster fits in that empty space between the SLR lens and the mirrorless body (normally it is a simple adapter) that has a smaller sensor (or video crop area) to focus the light.
All the rest does not make any practical sense.
Reactions: 1 user
•••
Upvote 0

cornieleous said:
When the R was released there was not as much RF glass options yet and it was the first of its kind, so to sell bodies it made sense to include the basic adapter to motivate the purchase for EF owners. I think there were only a couple mid primes and a couple walk around mid zooms like the 24-105. Shortly after they filled out the typical trinity.

I think they have enough RF lenses out now that they want to 'suggest' you buy native glass. That 100-300 bucks for your first adapter (depends on type) could go to a native lens, especially if you are upgrading from R or RP and have an RF lens already. Also, many might want the control ring adapter, that was my preference. I'd rather not pay more for a basic adapter, and you cannot expect they would include something for nothing.

My guess is this was a marketing decision to leave out of the package both to sell more lenses, maximize profit and keep the price down vs. competitors bodies, and allow users to choose the adapter they really want without paying for one with the body.
Click to expand...

Just keep an eye on street deals from CPW, adapters are sweetening the pot every so often.
•••
Upvote 0
W

Aregal said:
Nah. We got them for a project but ended up not using it. They were dead weight we had to lug to every location for 3 days. We used a 1Dxii and a bunch of Canon L-series lenses instead. Haha; producer’s call.
Click to expand...

It's not only codec options that make those cameras relevant in the market. Canon learned a major lesson with the C200 by not putting an intermediate codec inside with 4:2:2 10bit, that made a lot of people wait and the go for the BM Pocket cameras when they were launched, Panasonic EVA1 (which came around by the same time) and even the EOS R (which offers 4:2:2 10 bit externally). The lastest cameras shows that they at least are providing options: C500 Mk II and C300 Mk III do offer 4:2:2 10bit and RAW internally, the 1Dx Mk III and EOS R5 offers both as well and the R6 offer 4:2:2 10bit.

One issue here is that few EF lenses have the image circle for any significant shift, and those that do often have stops built into the mount to stop it being a problems from reflected light in normal use
Of course if you want to use a crop sensor it's easier, but how big a market picks APS-C and then wants tilt/shift? in a predictable (i.e. not lensbaby style) way.

Whilst a few mm of shift would be useful, I'd rather they bring forward the real RF T/S lenses ;-)

BTW T/S adapters like the Fotodiox one I use with my M645 lenses are seriously useful - I tested one on an RP and when I get a mirrorless update for my 5Ds, those old lenses will have even more use 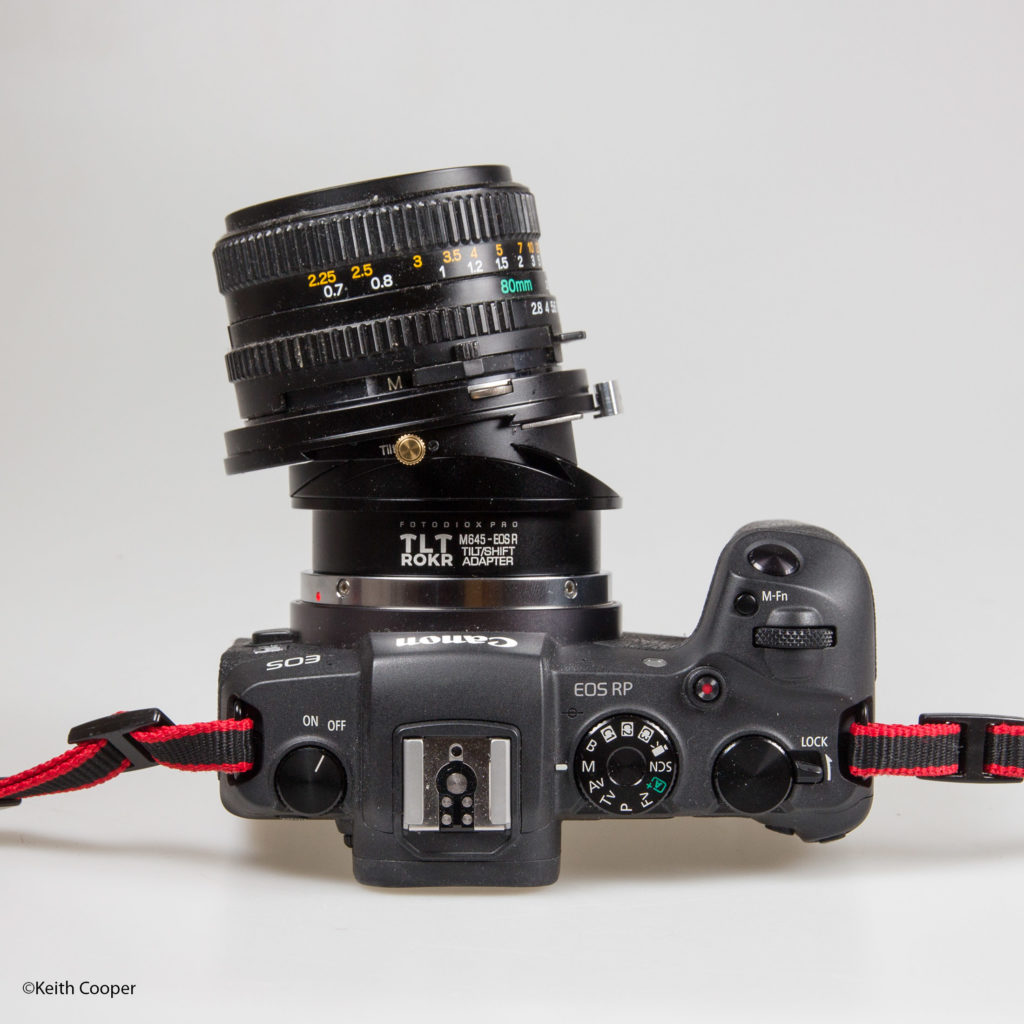 gbc said:
I'm more interested int why the R5 and R6 don't ship with at least the basic RF adapter.
Click to expand...

They both ship with them here in NZ - the R shipped with one as well. Mind you, the R5 is just under $7800NZD so its possibly added into the cost
•••
Upvote 0
B

Not sure how I missed this until now... but a RF FF>APS-C speedbooster would be a nice stop gap for unlimited 4k 30p (via crop mode) on the R5 w/o resorting to a wider lens.
•••
Upvote 0
S

Canon really missed the mark bc the new breakthrough drop-in filters are dope. it'd kind of be cool to see a camera/lens combo made from scratch that was specifically made for an adapter with all those drop ins. i kid of wish the rf lenses weren't so enticing now that the filters are out.
•••
Upvote 0
Show hidden low quality content
You must log in or register to reply here.