Log in Register
Menu
Install the app
You are using an out of date browser. It may not display this or other websites correctly.
You should upgrade or use an alternative browser.

Sator said:
Of course, Sony would claim this. Sony issued this denial only with respect to the particular concern that the FE mount would not be able to support ultra-wide apertures. That is NOT the criticism of an ASP-C dimension 35mm format mount that Canon has come up with. The Canon internal R&D department state that they found that if they retro-converted their M mount into a 35mm format mount that it had negative repercussions on the ergonomics of the lens, making it front heavy, and requiring extra corrective elements i.e. a small and cramped mount means larger, more expensive, imbalanced and front heavy lens.

Fuji has also come up with similar criticism of the Sony FE mount based on what they call the "value angle" which simply implies that the dimensions of the FE mount hinder good lens design. This has also been recently the subject of a thread here: 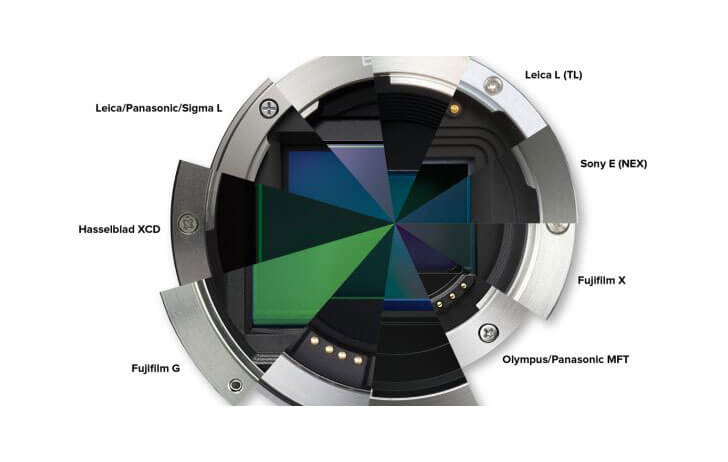 Here's an interesting one that came out of the recent X system summit by Fujifilm. They came up with something that is called the "value angle" when talki
www.canonrumors.com

Clearly, it was hardly in Fuji's self-interest to come up with this concept (although it won't stop Sony fanboys from dismissing it as self-interested Fuji propaganda). But it probably represents a fair consensus statement of what engineers within the optics industry overall think of the Sony FE mount.

Again, if retro-converting an APS-C mount into a 35mm format mount was such a fantastic idea (as Sony will predictably claim) then Canon would not have bothered spending a lot of time and money starting a new mount system from scratch, with Nikon independently coming up with its Z mount with almost an identical mount diameter to Canon.
Click to expand...

The issue is not the veracity of these comments, but under what circumstances the differences in latitiude for lens design really matter to the key market(s). Yes, there will be some who will revel in the possibility that having a lens closer to the sensor permits better edge-to-edge sharpness, and yes some will love the opportinuties for more compact lens design (let's not forget that newer technology is enabling smaller, lighter lens designs anyway. But how many people will think the difference(s) is important enough to differentiate between marques? My guess is not a lot.

I am just as interested in the fact that Canon has increased the number of electrical contacts in the mount - that suggests that they have some serious technological advances planned, possibly some of those years from now. Maybe those advances are still in the theoretical stage and the contacts are there 'just in case', maybe those advances are on the drawing board or already in place?
Reactions: 1 user
•••
Upvote 0

geffy said:
I wonder if canon do not do a "fix" might cause you to question your opinion and improve your skills, the problem is probably with the technology which will improve as the body is just not up to the task and hence the lens might need the r2 or r3 to show its capabilities
Click to expand...

1. The fix is pre-announced.
2. What do you know about my skills? Seriously, this is hilarious.
Reactions: 1 user
•••
Upvote 0

SecureGSM said:
1. The fix is pre-announced.
2. What do you know about my skills? Seriously, this is hilarious.
Click to expand...

geffy said:
Any fix to focusing tends to open up a problem elsewhere so it remains to be seen how satisfactory it is and whether its partly a camera issue in the long run
nd
Click to expand...

We Know nothing regarding root of the issue here nor We understand what the solution will be proposed.
Can you focus on subjects you truly understand instead?
Reactions: 1 user
•••
Upvote 0

SecureGSM said:
We Know nothing regarding root of the issue here nor We understand what the solution will be proposed.
Can you focus on subjects you truly understand instead?
Click to expand...

This is my personal love letter to Canon's engineering :

I love to read Roger Cicala's blog, in particular before making a new investment. Over many years it does tell one story which IMO is more important than any lab tests: on the prosumer/pro level, Canon delivers exceptional quality. As a birder/wildlife photographers (amateur), my wife and I really mistreat our gear, we use it in heavy rain in the mountains, in sand & saltwater spray on winter shores etc., and I always experienced: my Canon simply works. Once my then already old and therefore a bit misused 7D swallowed sand in its thumb wheel, it crunched for a few weeks a bit and then the sand was milled out, but the camera never gave up to shoot. And my old battered EF 500mm crashed on rocks, was crusted with salt, banged against trees, but it still works flawlessly. Shooting side by side with comparable cameras and lenses, my wife's Nikon gear, unfortunately, proved many times to be much less reliable, we had a lot of repair so far.

This is the main reason why I still use Canon, despite the fact, that they lost some of their technical leadership on the camera side within the past ten years.
Reactions: 1 user
•••
Upvote 0
Show hidden low quality content
You must log in or register to reply here.