Round-up: All of the rumored Canon gear to appear over the last week

NorskHest said:
I think that’s what he is saying. Especially if you can pull frame grabs. It will turn you all into pro photographers.
Click to expand...

Pro photographers use flash, not video frame grabs.
Reactions: Juangrande and SecureGSM
B

Yes. sorry about that, and thanks. Good to see someone actually reads what others post.
Reactions: Bahrd and Quarkcharmed
P

And wait, what are pro's? In my opinion Pro's are people that make content and images that works.There is no specific way to create such work.
Reactions: NorskHest
F

Joules said:
The R did not introduce any new technology, apart from the RF mount of course. And that does not make it rushed, or bad or keep it from being the awesome camera it is.

But it does really look like they made an effort to create a well rounded entry to the mirrorless market to match Nikon while simultaneously working on a number of new technologies that are aimed towards mirrorless, but are only ready now:

The M6 II, 90D and 1DX III have all shown that Canon has made a pretty big leap in technology from the last generation, to say the least. IBIS may not be at the price point yet, where they can put it in the M6 II, and in a DSLR it could lead to other issues.

But it looks like they have a bunch of really exciting tech ready and will combine it in the R5, to deliver a camera that is actually ahead of the competition in numerous objective points. And that's on top of the subjective camera aspects where Canon has been the preferred choice for most folks despite the mild improvements we saw over the last years.
Click to expand...

Inspired said:
Don't forget you still have all the EF glass
Click to expand...

There are no good 180mm Macros left for EF system with discontinuation of Sigma 180mm OS. There are already compatibility issues with Sigma 180mm on EOS-R and with release of these new cameras the problem will just get worse and no option to upgrade firmware as its older pre Global Vision lens. Rest all macro lenses I own work just fine with EOS R as most of them are Manual focus macro with 100mm L being the only AF macro in my kit.

Drcampbellicu said:
Canon has been behind tech wise with their bodies and has been trying to stop defections
The R was rushed.
These new cameras are being leaked to keep canon customers on the fence within the fold
hopefully they deliver this year
Click to expand...

The RF mount was a natural progression as was the 1.0 camera bodies.

None of them could have been done until Canon updated their fab to produce DPAF full frame sensors, once it was done, and the decision was made to use the RF mount (most likely because of IBIS + IS) then releasing the cameras made a lot of sense. To do it later, would have been progressively harder because Canon would have most likely released the 1DX Mark III, the 5D Mark V,etc camera bodies which would have made it even more difficult for EF users to transition over to the RF mount.

As it is the 5D Mark IV is difficult enough for people to decide to move to the EOS R system, perhaps with the R5 Canon will have a compelling body. For this reason alone, Canon should have done the RF mount sooner. Nothing to do with Sony,etc.

But to say Canon panicked? How can they when it takes around 3+ years to develop a camera?

If Canon wanted the world to know - they'd do a development announcement.
Reactions: PureClassA, Chaitanya, Bahrd and 3 others

navastronia said:
If "behind" means "does not have a new sensor when compared to previous model/equivalent model," then yes, the R is behind because Canon reused the 5DIV sensor. However, by the same metric, the a9II is also behind, since it uses the a9 sensor.

I think "behind" can also mean "lacking when compared to the competition." The R's eye autofocus is good, but it's not as good as Sony's, according to most everyone. Does that make it "behind?" Kinda, yeah, even if it's decent. And I can't be the only one who wants to see Canon really push the envelope with its camera tech.

On that note, in terms of specs and also functionality, the R and RP do feel a little under-baked to me, but that of course doesn't make them poor cameras. My RP froze twice last night when I hit the top function button and spun the function wheel, and while I haven't been able to reproduce the glitch, it doesn't inspire confidence in me, especially ahead of my upcoming event work (yes, I have firmware 1.4.0).

I do expect future R cameras to both feel robust and reliable and also have cutting edge specs. Naturally, I expect to pay $3,500-4,500 to get one of them
Click to expand...

I did not know the camera benchmark is eye auto focus.
M

Go Wild said:
8K? No, not much of users want! And the reason of recording in 8k would be obvious, you get a lot more space to zoom in without loosing quality (same as crop in stills). Think like photography, why you want more MP if you are a birder? To be able to crop and compose without lose quality. The more MP the more you can crop. In video is the same. Most of the times we can make a zoom with prime lenses witch is great. So, that´s one reaason that even the project you are filming is 1080p you still wanna record in 4k or higher to get more space to zoom or crop.

The other reason is overall image quality, you may not see a difference but there is a difference between 4k and 1080p footage. Also, of course,if you see it in a 4k tv then that difference will become more obvious. These days I always record 4k, because of better quality and zoom, but also because 4k tvs are getting in people´s homes. 2020 will put a lot more 4k tv´s out there. And usually nowadays agencies and productions ask for 4k footage. You wanna be prepared for the future that is ahead.

So this are the reasons! If I will record in 8k? Most probably not. But it´s fun to have! In my personal use, i care only with 4k@60 and 4k@120. Ohhh and it would be fantastic if Canon also put 4k Timelapse video recording (or 8k )
Click to expand...

Thanks for the reply. 8K doesn’t seem very compelling but I can see the crop argument.
Reactions: Go Wild

Do they? Are you sure? Sounds like fake news
Reactions: unfocused

Chaitanya said:
There are no good 180mm Macros left for EF system with discontinuation of Sigma 180mm OS.
Click to expand...

Chaitanya said:
There are no good 180mm Macros left for EF system with discontinuation of Sigma 180mm OS. There are already compatibility issues with Sigma 180mm on EOS-R and with release of these new cameras the problem will just get worse and no option to upgrade firmware as its older pre Global Vision lens. Rest all macro lenses I own work just fine with EOS R as most of them are Manual focus macro with 100mm L being the only AF macro in my kit.
Click to expand...

Is the 180L too old/slow/soft for you? It's still in production. 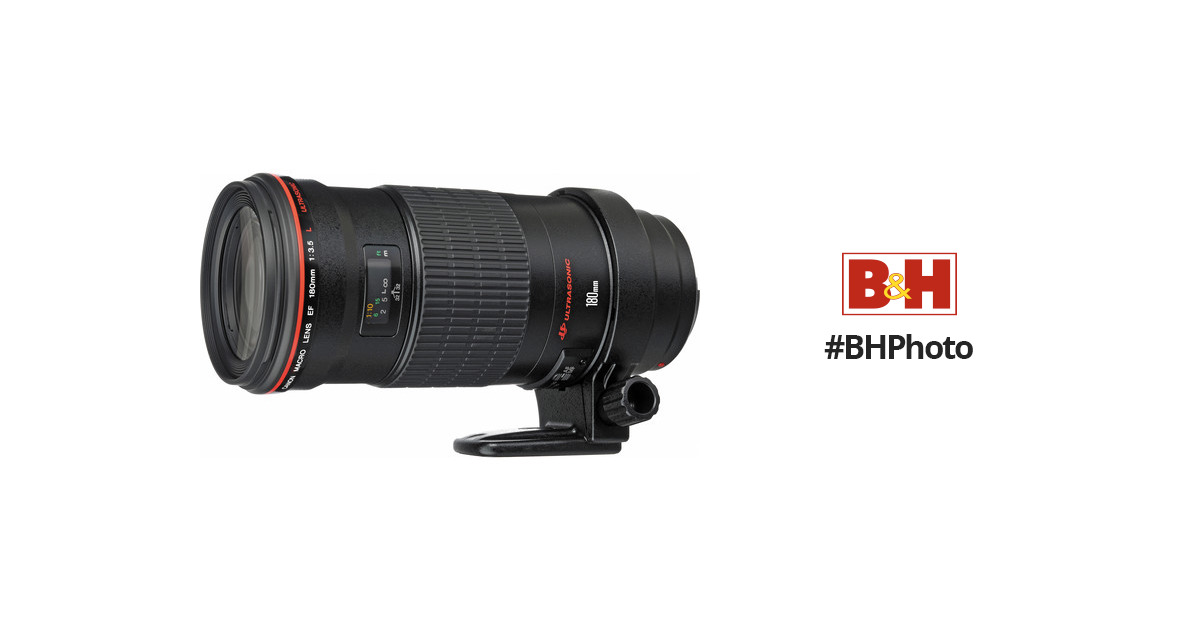 I don't care what the rumor is anymore. I just completed my trinity!

Reactions: Avenger 2.0, SteveC, Go Wild and 8 others
I

I just watched a Super Bowl delivered in 720p. Sorry if I have a hard time getting excited about 4K, much less 8K.

Better ergonomics (touch bar ... why?) would make the next line of R bodies much more usable for me.
P

Jethro said:
Yes and the macros will all work fine, but a 100mm prime / macro is a really standard lens, and it 'must' come in the RF mount sooner rather than later. I'm very conflicted about whether to wait for a Canon RF version rather than buying an EF to adapt.
Click to expand...

I personaly would not wait: you dont now when this lense is going to come exactly. May be still 2 years. And if you buy the EF lense used, you can easily resell it for the same price in a year
Also the adapter works like a charm, its exactly the same as working with native lenses =)
Reactions: Jethro
A

IWLP said:
I just watched a Super Bowl delivered in 720p. Sorry if I have a hard time getting excited about 4K, much less 8K.

Better ergonomics (touch bar ... why?) would make the next line of R bodies much more usable for me.
Click to expand...

The touch bar is great for on/off purposes like the level and histogram. I use "swipe" for magnification.
Reactions: Jethro, ahsanford and Nelu
M

In a quite geeky way I am really excited about the teleconverters.

Just look at Son'y FE teleconverters. They are absolutely exceptional - tiny and ultra high performance. On fredmiranda there was a lot of detailed testing of the 100-400GM with the 1.4 and in nearly every shot it wasn't possible to even tell there was a teleconverter there. It seems getting them close to the sensor really makes a big difference.

The old Sony alpha teleconverters were nothing special really. By contrast Canon has a long history of being at the cutting edge with teleconverters so I really can't wait to see what they can offer for RF teleconverters.
Reactions: tiggy@mac.com
M

fabao said:
I don't care what the rumor is anymore. I just completed my trinity! View attachment 188526
Click to expand...

That's a lovely set up!

I am still using my EF 24-70 2.8L II adapted on the R. I have been tempted by the RF 24-70L IS mainly for the IS as I don't believe there is much optical improvement over the EF... but I think what really is stopping me buying it is the feeling that deep down I want the 28-70/2! Especially at the moment - the Rf 24-70 prices have dropped a bit but they are still obviously high thanks to its recent introduction while the 28-70 has settled a bit and at least in England currently isn't a crazy amount more than the 24-70.

How have you found having the 28-70 paired up with those two? I was expecting it to look much bigger than the 15-35! Can you enjoy walking around with it?
T

fabao said:
I don't care what the rumor is anymore. I just completed my trinity! View attachment 188526
Click to expand...

I am sorry to disappoint you: You have a trinity but NOT THE trinity. You miss 24-70 2.8L IS
One important lens without IS and not 2.8 (OK double joking about the last part!)

Oh no wait! No trinity for me either
Show hidden low quality content
You must log in or register to reply here.

The Canon EOS R6 has shown up for certification

Rumored Canon EOS M7 camera specifications, and the end of the line for EOS M? [CR1]

The Canon EOS R3 is out in the wild